Liverpool FC, Merseytravel and local transport operators have worked together to help make your journey to and from the ground more convenient for you. Public transport is the easiest and most efficient way to travel home from Anfield.

If you are visiting on a matchday, please allow additional time getting away from the stadium as the surrounding area can get very congested post match and road closures and traffic management are in operation. 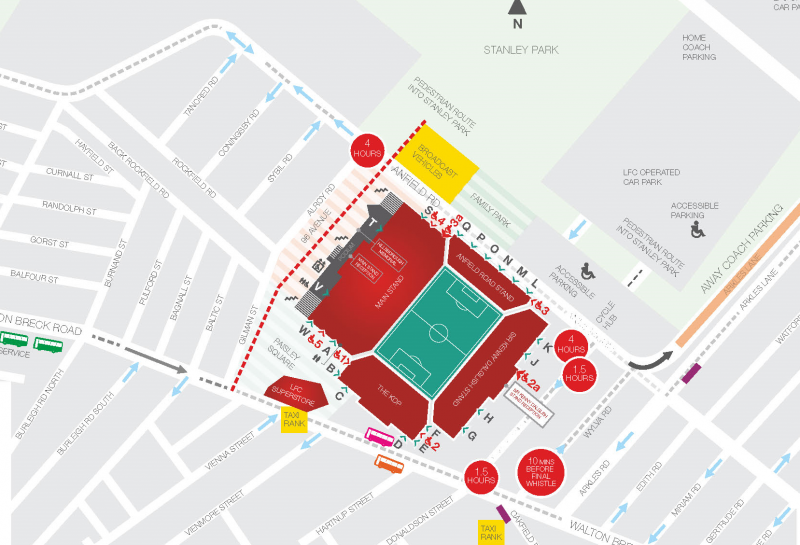 Tickets for the 917 service (city centre shuttle bus) are available to purchase on board from the driver -  Adult single £2.30 or adult return £4.40. All vehicles now accept contactless card payments for ease and also sell the Day Rider tickets via our app. The 917 will pick up from Walton Breck Road with an express service to St George’s Plateau/Lime Street Station.

Whilst road closures are in operation post-event, the following services will depart from alternative stops:

The Soccerbus (Peoplesbus) runs from Anfield to Sandhills station for trains on the Merseyrail Northern Line on event day. Return buses to Sandhills run for 90 minute4s after all games, picking up at the bus stop on Walton Lane near the junction of Anfield Road (Everton Valley bound).  You can find out more by clicking here.

The 501 service will also depart from Walton Breck Road to Lime Street for up to two hours after the final whistle, departing from the westbound stop outside of the Kop Stand. Fares are as follows:

The 502 service is a post-match service only. It will depart from Walton Breck Road to Lime Street via Oakfield Road. This service will depart from the eastbound stop outside of the Kop Stand. Fares are as follows:

If you’re travelling from outside the Liverpool area…

Lime Street Railway Station is Liverpool’s mainline station for regional and national journeys. It is two miles from Anfield.

Check National Rail Enquiries for details of train times including the last services departing from Lime Street Station. Taxis are also available from Anfield to Lime Street station and usually cost between £7-£9.

If you’re travelling within the Liverpool area…

Passengers using the Soccerbus (Peoplesbus) can get to Sandhills Station on the Merseyrail network where they can catch trains to Southport, Kirkby, Ormskirk, the City Centre and Liverpool South Parkway / Hunts Cross, and all intermediate stations. From the city centre trains are available to Wirral stations. Please check the Merseyrail web site for details of train times, including the last train times from Sandhills.

Why not combine the train and cycling? Merseyrail allows cycles.

Designated taxi ranks are available outside of the Stadium. Taxis to the city centre usually cost between £7-£9. Any taxis who do not use the designated pickup and drop-off points will be moved on by our traffic management team the Police. To view the available taxi ranks please refer to the map above.

This form of transport can be hired off the street or by using a designated hackney carriage rank. If you are using a hackney carriage vehicle from areas within the city centre to get to and from Liverpool Football Club, then the cost of that journey should be in the region of between £7 to £9. A driver can only charge you what is on the taxi meter.

There are a number of private hire companies that operate within the Liverpool City boundary. If you are using private hire vehicles, please note that they must be pre-booked via Phone/App technology.

Taxis are available at the rank in front of the Kop.

Both Sandhills and Kirkdale stations on Merseyrail’s Northern line are less than a 30 minute walk from Anfield. The Club advises fans to stick to the recommended walking routes which are clearly signposted. Alternatively, you may wish to put the following postcodes into Google Maps to help assist with the walking route:

The city centre can be reached in approx. 40 minutes by foot from the Stadium. If you’re unsure of the way you can speak to any member of staff who will point you in the right direction.

On match days the Anfield area is very busy and roads can get congested. On leaving the car parks you may be directed in to a one way system to help with the flow of traffic away from the Stadium.

Post-match the Anfield area is very busy and roads can get congested. If you are parked in an official car park, on leaving the car parks you may be directed into a one-way system to help with the flow of traffic away from the Stadium.

Please be advised that Anfield Road, Walton Breck Road and Arkles Lane will be closed post-event to ensure the safe dispersal of supporters. Please bear this in mind when planning your journey home. See www.liverpoolfc.com/local-residents for more details on roads affected by closures.

We want you to have a safe journey home so please use the handy online Journey Planner to establish the best route.

The Journey Planner is also available to download for free from App Store for iPhone users or Google Play for those with Android phones, so you can keep informed on the go.

If you would prefer to talk to someone about your journey, please call Merseytravel on 0151 330 1000. Expert staff are available from 7am – 8pm Monday to Friday and 8am – 8pm on Saturday, Sunday and Bank Holidays. 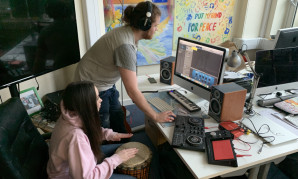 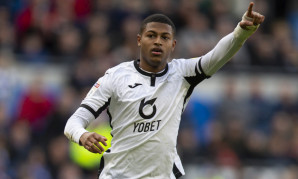 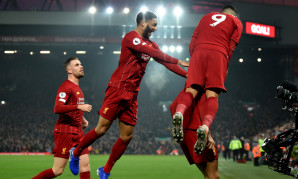