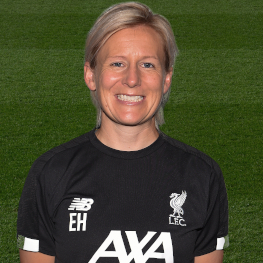 Prior to joining Liverpool, Emma, a UEFA A Licence coach, worked at Vancouver Whitecaps as girl’s director and head coach overseeing the academy programme.

She also previously worked in her native New Zealand as the women’s national development manager and represented her country as a player at the 2007 FIFA Women’s World Cup.