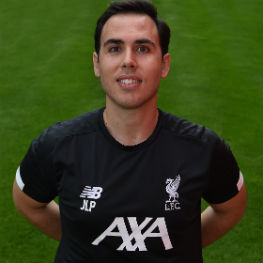 Jose Luis Rodriguez is part of the club’s first-team medical set-up at Melwood.

The Spaniard joined the Reds in the summer of 2018 and has holds the role of first-team physiotherapist.

It was there he worked alongside Liverpool’s medical rehabilitation and performance manager, Philipp Jacobsen.

The 34-year-old has also served as head physiotherapist for the Iraq national football team and was part of their set-up for the 2016 Olympic games in Rio de Janeiro.