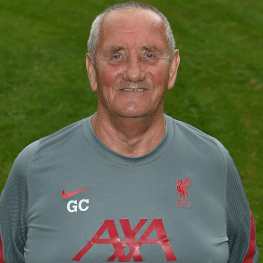 Graham Carter is one of the men responsible for the first team's kit in training and matches.

He travels to every senior game home and abroad, ensuring Henderson and co have everything they need.

Graham's association with the Reds began in the 1970s as coach driver, a job he took up full-time in 1986. It was Gerard Houllier who offered him the chance to work at Melwood in 1999 - and he didn't have to think twice.

"I'm the one who hangs the kit up in the dressing room before games," he explains.

"The players also come to me if there's anything they need. They are a great bunch of lads - it's like one big group down here."

Graham has to work closely with our kit maker to make sure the players' are never left wanting.