Sheyi Ojo is a promising winger whose talents were honed at Liverpool's Academy following his 2011 move from MK Dons.

A pacey wideman, who can play on either flank, the Englishman can be a nightmare for opposing defenders to play against.

In February 2015, Ojo got his first taste of senior action during a successful spell at Wigan Athletic on loan before returning and being called up by Brendan Rodgers for Liverpool's 2015 pre-season tour of Bangkok, Brisbane, Adelaide and Malaysia.

Ojo spent the first part of the 2015-16 season on loan in the Championship with Wolverhampton Wanderers and scored a memorable goal in the Midlands derby win over Birmingham City.

He was recalled from his loan by Jürgen Klopp on January 7, 2016 and went on to make his competitive debut for the Reds in a 2-2 FA Cup draw with Exeter City.

He notched his maiden senior goal in the subsequent replay, curling impressively into the far corner from the edge of the box after cutting in from the right wing. 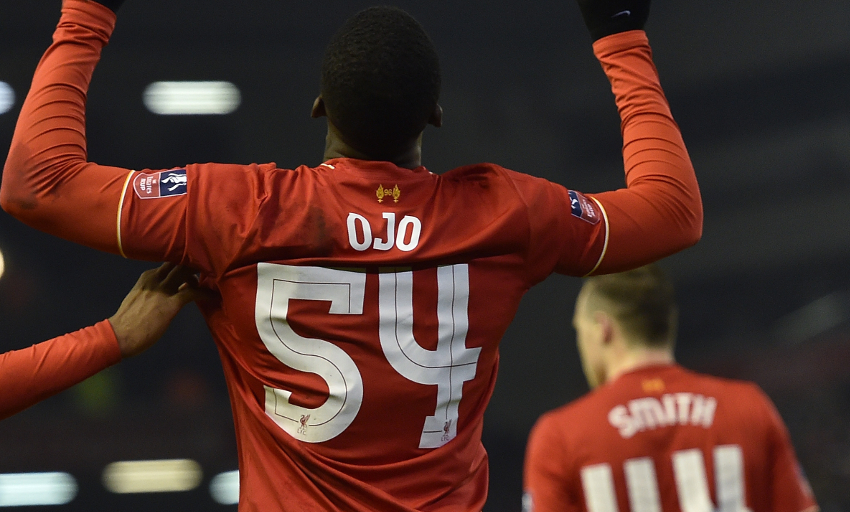 Ojo made several more appearances in the Premier League before the season's end, highlighting his promise with some eye-catching displays.

He joined Championship side Fulham on a season-long loan in August 2017 as the club ended the campaign celebrating promotion back to the top flight via the play-offs.

Ojo returned to Liverpool in the summer of 2018 and featured heavily in pre-season before joining Ligue 1 side Stade de Reims on loan after penning a contract extension.

After his spell in France, Ojo completed a loan switch to Rangers in June 2019 and would spend the 2019-20 season under the management of Steven Gerrard.

He made 36 appearances for Rangers before embarking on another loan switch for 2020-21, joining Championship side Cardiff City for the campaign.

Ojo returned to England's second tier for the 2021-22 season after completing a loan move to Millwall on transfer deadline day.