Rhian Brewster arrived at Liverpool from Chelsea as a 15-year-old and the striker's eye for goal was abundantly clear as he quickly progressed through the club's Academy ranks.

After making a blistering start at U18 level, Brewster soon celebrated his U23s debut by finding the net during a 3-0 win over Ipswich Town in the Premier League Cup on January 22, 2017.

In October 2017, Brewster played a major part in helping England U17s to World Cup glory in India. Brewster finished the tournament as top scorer, with seven of his eight goals coming in the quarter-finals, semi-finals and final.

Returning to Liverpool, he was named in a first-team matchday squad for the first time at the age of 17 for a home Premier League clash with Crystal Palace back in April 2017. 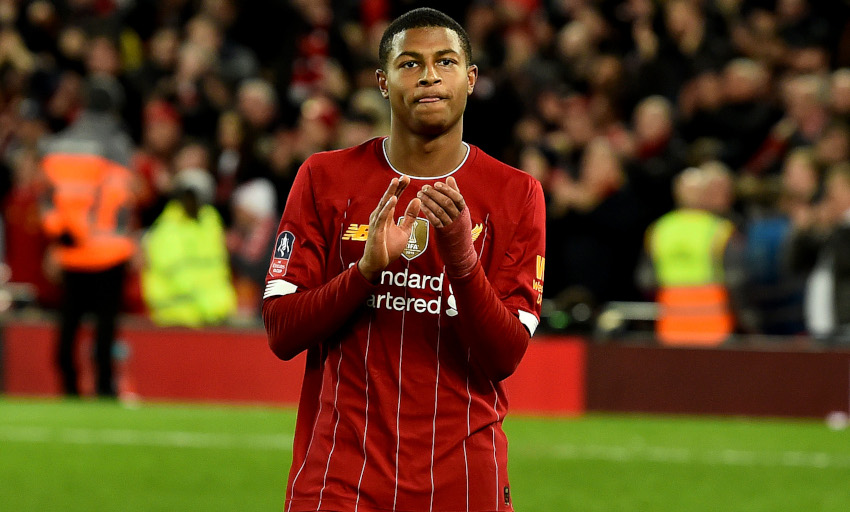 Brewster's 2017-18 season was ended in January after suffering ligament damage to his right ankle following a heavy fall during Liverpool U23s' encounter with Manchester City in January 2018.

On July 17, 2018, Liverpool announced Brewster had signed a new long-term contract with the club.

At the end of his long road to recovery, Brewster was on the bench for Liverpool's last two matches of their successful 2018-19 Champions League campaign – the dramatic semi-final second-leg comeback against Barcelona and 2-0 victory over Tottenham Hotspur in the final.

He then made his senior Liverpool debut away at MK Dons for a League Cup third-round tie in September 2019.

With three first-team appearances to his name, Brewster then joined Swansea City on loan for the second half of the 2019-20 campaign.

Enjoying a hugely beneficial spell in the Championship, the forward scored 10 goals from 20 appearances.