Dejan Lovren’s career since joining Liverpool in the summer of 2014 has included appearances in the finals of both the Champions League and World Cup, plus a European Cup winner’s medal.

The Croatia centre-back - whose front-foot, powerful style of defending is combined with an impressive level of ball-playing technique - also played in the 2016 Europa League final, after scoring an unforgettable Kop-end winner in stoppage time of the dramatic last-eight win over Borussia Dortmund. 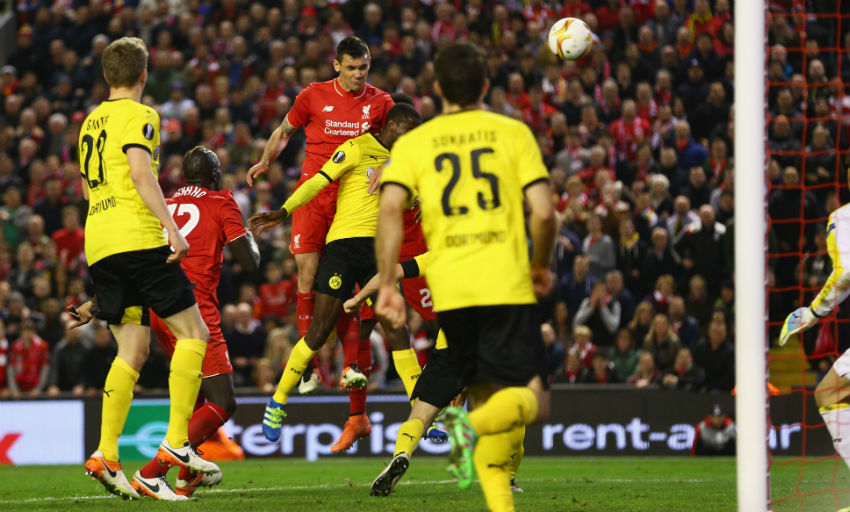 Lovren, who signed a new long-term contract in April 2017, is approaching the 200-game mark for the Reds and has been a key defensive figure since Jürgen Klopp’s arrival in October 2015.

He played in all-but one of the club’s games during the 2017-18 Champions League campaign, which ended in defeat to Real Madrid in Kiev.

The defender then played every minute of Croatia’s tilt at the 2018 World Cup which saw them reach the final, where they lost out to France.

Injuries restricted Lovren to 18 appearances for the club across all competitions in 2018-19 and he was an unused substitute for the final victory against Tottenham Hotspur in Madrid.

He did, though play his part in helping Liverpool reach the final, starting twice in Europe during the season, including the 2-0 home win over FC Porto in the quarter-final second leg.

A senior career that began at the age of just 16 in his homeland has also seen Lovren represent Olympique Lyonnais and Southampton prior to his move to Anfield.