Liverpool swooped to sign Southampton captain Adam Lallana shortly after the talented playmaker had returned from the 2014 World Cup in Brazil.

The No.20's preparations for the 2014-15 campaign were hampered by an injury that ruled him out until September, although upon his return Lallana was soon displaying his outstanding close control and vision, not least with a sublime first goal past West Bromwich Albion at Anfield. He would make 41 appearances in his first season at the club.

A change in manager saw the midfielder's performances rise. He became a firm favourite of Jürgen Klopp in the 2015-16 campaign.

The England international adapted seamlessly to Klopp's high-pressing style and scored a last-gasp winner in a thrilling 5-4 victory at Norwich City in January 2016.

He then netted Liverpool's third goal in a Europa League semi-final with Villarreal to secure a spot in the Basel final. 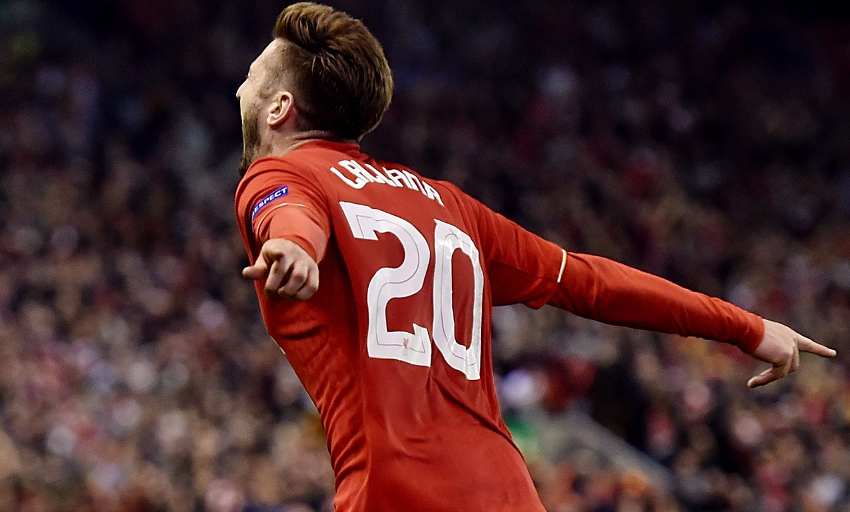 Lallana's trajectory continued to rise the following season and that was evidenced when he was rewarded with a new contract in February 2017.

Injuries disrupted his 2017-18 season, limiting him to just 15 outings in all competitions. He did, however, feature in the Champions League final defeat to Real Madrid in Kiev, replacing the injured Mohamed Salah after 30 minutes.

Another frustrating campaign followed for the experienced Lallana. He maintained the manager's faith, though, and repaid that support with a Man of the Match performance in a 4-2 win over Burnley in March 2019.

Lallana then earned the first medal of his Liverpool career after the Champions League final victory over Tottenham Hotspur in Madrid, with UEFA Super Cup and FIFA Club World Cup wins following in 2019-20.

In June 2020, Lallana agreed a short-term extension to his contract to enable him to complete the remainder of the 2019-20 season with the club.