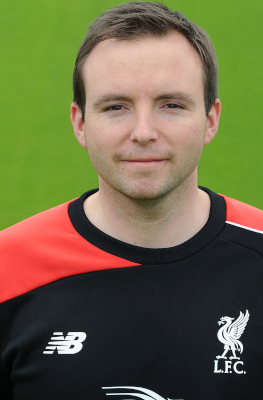 Matthew first joined the Academy staff in August 2012 following a spell as head of Academy recruitment at Birmingham City.

Originally from Bangor in Northern Ireland, he began his coaching and scouting career in his homeland before joining the Blues in a full-time capacity in 2010.

Working closely with Academy director Alex Inglethorpe and the scouting team, Matthew is tasked to oversee and manage all Academy recruitment activities on a local, national and international scale.

"It's a privilege to work for Liverpool and it is my job to oversee our Academy recruitment activities," he said. "We have an extensive network of experienced scouts who cover games across the UK and around the world.

"It is imperative that the department operates efficiently and I liaise on a regular basis with Alex and the other senior Academy staff to discuss target players and fixtures.

"We aim to identify and recruit the very best players into the Academy program at all ages. The Academy is very clear on the type of players that we aim to produce and any potential players must compliment the club's philosophy and be able to play the Liverpool way."