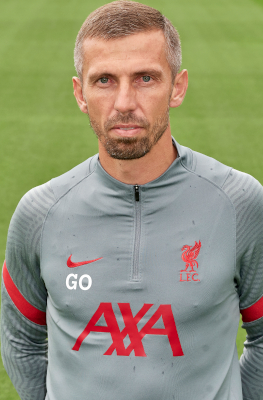 Gary O'Neil became assistant coach of Liverpool U23s prior to the start of the 2020-21 campaign.

O'Neil made more than 200 appearances in the Premier League with Portsmouth, Middlesbrough, West Ham United and Norwich City, and will now look to pass on that experience to Barry Lewtas' squad.

It's his first role in coaching after last playing for Bolton Wanderers in the Championship during 2018-19 and he detailed his excitement at helping shape the futures of the club's youngsters by working closely with Lewtas.

Shortly after joining the Academy's coaching set-up, O'Neil told Liverpoolfc.com: "Barry is great. He has got a wealth of experience of working with the boys.

"Obviously he's come through a lot of the age groups with the lads as well, so he knows them very well. That will be handy because there's two ways of looking at it: I'm getting to see them with a fresh set of eyes, which can be useful as well, but Barry offers a wealth of experience and obviously I'm new into coaching.

"I think as a team, me and Barry will work very well and there's some fantastic players to work with. For me to have the opportunity to work with such a talented group of young players at such an early part of my coaching career, I feel very privileged."