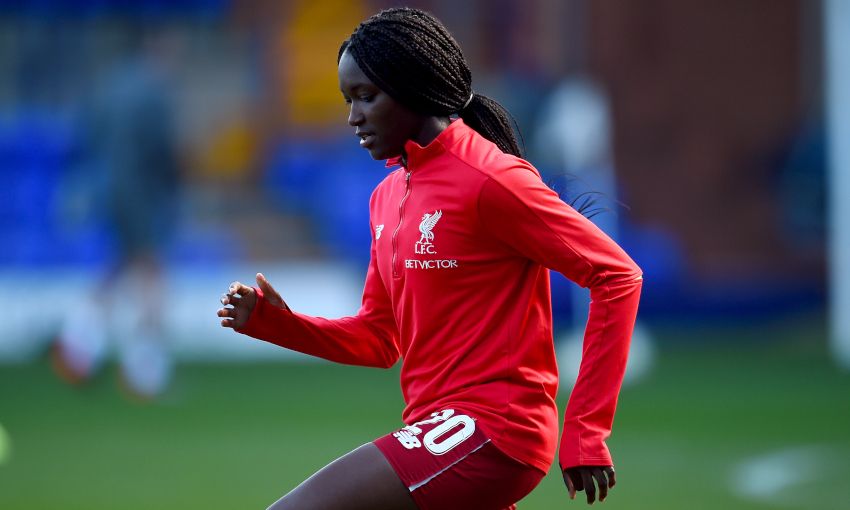 Two Liverpool FC Women players have been called up for their respective England squads in the international break.

Forward Rinsola Babajide, 20, is part of Mo Marley's England U21 squad to take part in the La Manga U23 tournament.

Marley said: "We are all looking forward to the challenge of playing against some of the strongest U23 teams in Europe.

"It's a great opportunity for our players to experience multiple games, similar to tournament football, which is perfect for preparing our players for senior football."

Amy Rodgers, meanwhile, has been named in Rehanne Skinner's England squad for the U19 European Championship elite round qualifiers at St. George's Park.

The midfielder is part of a 20-player squad which will take on Turkey (1pm, Wednesday April 3), Sweden (1pm, Saturday April 6) and Italy (1pm, Tuesday April 9).

At this stage only the nation finishing top of the four-team group will progress to July's finals in Scotland.

All three of the Lionesses' matches will be played at the national football centre.

Head coach Skinner said: "We face three very different opposition in this competition and will need to be prepared for those challenges. At this stage of the championship, only one team progresses so it provides a great test for us.

"Hopefully we can progress to the Euro Finals to keep gaining crucial exposure and experience for our future Lionesses and their development. The whole team is looking forward to the games."

All matches are invitation-only and not open to the public.

Other Liverpool FC Women players in international action include Niamh Fahey, who is away with Republic of Ireland as they travel to take on Italy in a friendly on April 9, while Christie Murray is with Scotland as they face Chile (April 5) and Brazil (April 8) at a tournament in Murcia, Spain.