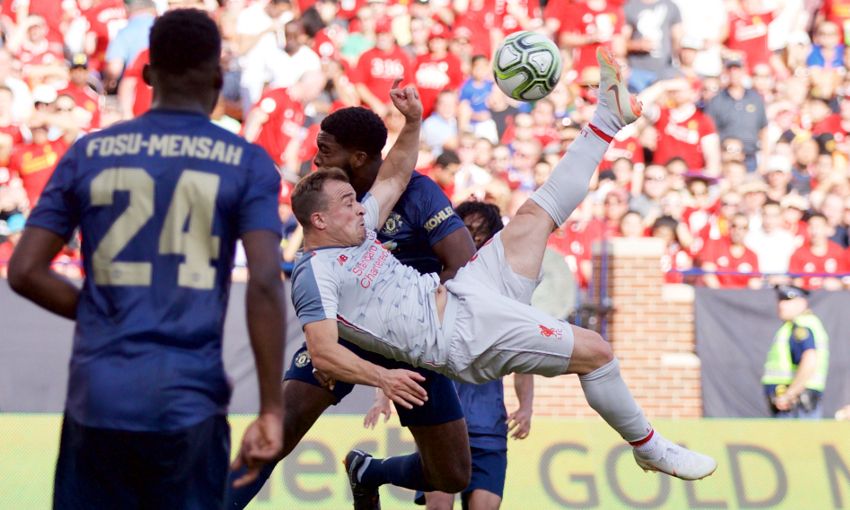 Xherdan Shaqiri marked his first Liverpool appearance with a sensational overhead kick against Manchester United – watch it from every angle on LFCTV GO.

The forward was introduced at half-time in the International Champions Cup tie at Michigan Stadium and impressed throughout his 45-minute outing.

And the highlight of Shaqiri’s display was the brilliant acrobatic finish he produced from Ben Woodburn’s cross to seal a 4-1 victory for the Reds.

Watch the strike from every available angle below.

Video: Shaqiri trains with the Reds in New Jersey

Shaqiri on his first day at LFC, likely debut and more