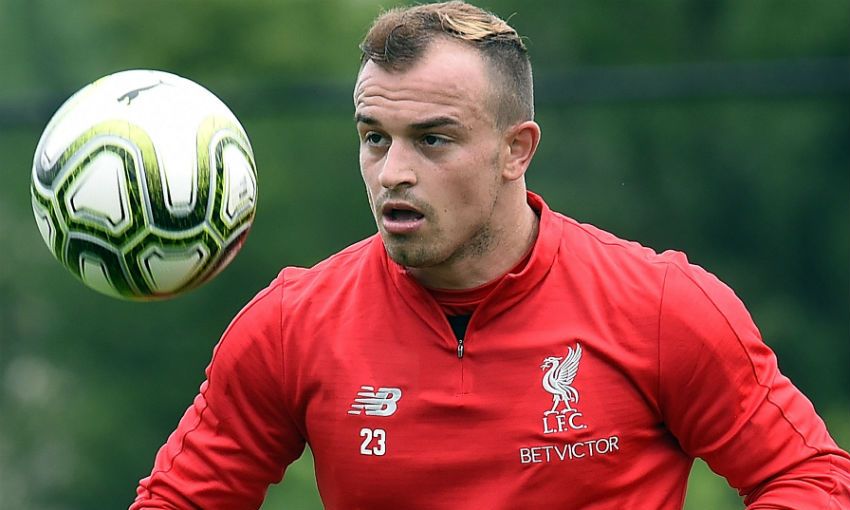 Xherdan Shaqiri will make his Liverpool debut in the second half of this evening’s International Champions Cup tie with Manchester United, Jürgen Klopp has confirmed.

The recently signed forward has been named on the bench at The Big House stadium in Michigan, but will be introduced at some stage after the interval.

Asked would fans see Shaqiri in action today, Klopp told Liverpoolfc.com: “Yes, for sure. He will play in the second half, we will see how long, but he will play for sure.”

Elsewhere, Mohamed Salah and Sadio Mane have been included in the starting line-up for the first time since they returned to pre-season training.

Klopp added: “The next step for them is to play more minutes, of course. We will see how long.

With Loris Karius ruled out due to a minor knee injury, Kamil Grabara has been given the nod to start in goal.

The young Polish goalkeeper will play the first half, while Caoimhin Kelleher will contest the second 45 minutes.

“They are very young goalkeepers, but as we’ve seen already they are really in a good moment and it’s very exciting for both of them to play tonight,” said Klopp.

“They look pretty cool, but I can imagine inside, in front of 100,000, it’s something pretty special for them.”