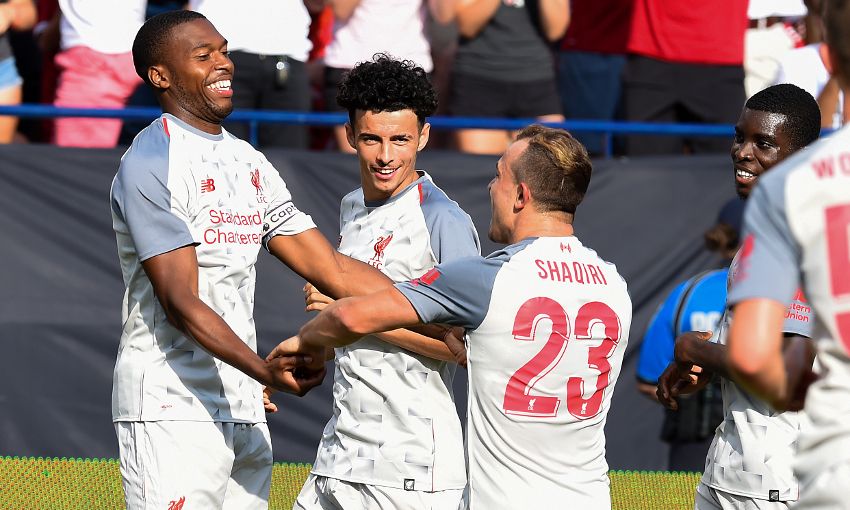 Liverpool wrapped up their pre-season tour of the United States with an impressive 4-1 victory over Manchester United at Michigan Stadium.

Sadio Mane’s penalty was levelled by Andreas Pereira’s free-kick during the first half of a keenly-fought International Champions Cup encounter in front of 101,254 fans.

The win provided a perfect conclusion to a successful trip to America for the Reds, who now head back to Merseyside before continuing their preparations at a training camp in France next week.

Any possibility that the match could be a ‘friendly’ was put to bed by a feisty early challenge between James Milner and Pereira.

Liverpool’s first sight of goal came on six minutes, when Rafael Camacho’s quick thinking from a throw-in freed Milner on the byline to find Dominic Solanke with a pull-back. But the No.29’s effort from yards out was blocked.

Moments later, Mane spotted a chance to clip a pass over the United defence for the run of Mohamed Salah, who improvised to flick a back-header towards goal which Lee Grant saved smartly.

Virgil van Dijk had his own header cleared off the line from the subsequent corner as Klopp’s team enjoyed much the better of the opening exchanges.

And the Reds, wearing their grey third kit for 2018-19, continued to look the more likely scorers right up until they finally did break the deadlock in the 28th minute.

Salah was clumsily fouled inside the area by Demitri Mitchell and, just as he did in stoppage-time against Manchester City in midweek, Mane was the man from 12 yards and rolled a low penalty beyond Grant’s stretch to the right. 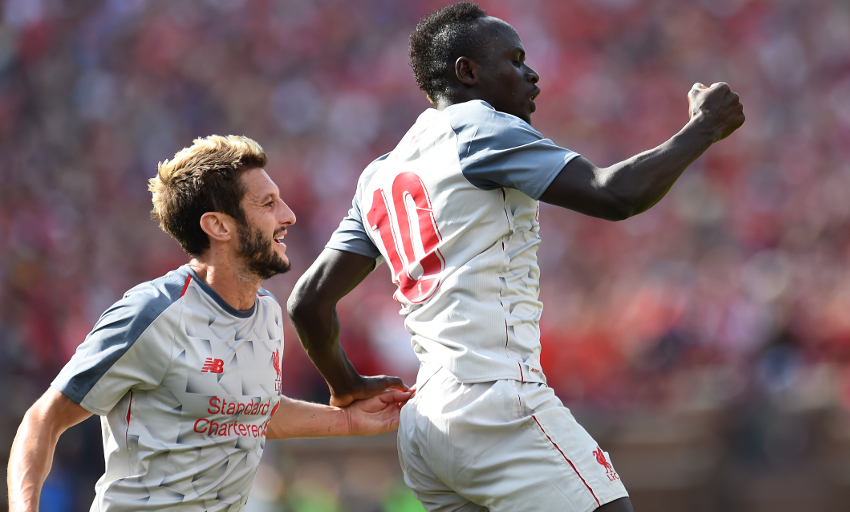 The lead was short-lived, however.

When United won a free-kick around 25 yards from goal and slightly left of centre, Pereira whipped an unstoppable effort over the wall and into the top corner.

Liverpool nevertheless ended the half the stronger and Alberto Moreno’s drive was blocked en route to goal by Timothy Fosu-Mensah after more productive approach play by Camacho on the opposite flank.

Klopp made five changes for the second half, including a maiden appearance for summer signing Shaqiri, but the tempo of the encounter dropped as both sides battled against the temperature.

The Reds were lifted after a second batch of substitutions, though, and soon raced ahead.

Shaqiri was the architect in restoring their advantage on 65 minutes, collecting a long ball forward and holding off pressure from Eric Bailly to lay it back to Sturridge for a precise, right-footed shot in off the left post within moments of the No.15’s introduction.

The referee pointed to the spot when Andy Robertson hit the ground under pressure from Ander Herrera, and Ojo stepped up to calmly slot his penalty to the left.

Nathaniel Phillips thwarted Alexis Sanchez when the Chile international seized on space in behind to dribble into shooting territory, timing his tackle well to block.

And the final say went to Shaqiri. The No.23 had already caught the eye on his debut but sealed his and Liverpool’s performance with a stunning overhead kick from Ben Woodburn’s cross shortly before the full-time whistle.