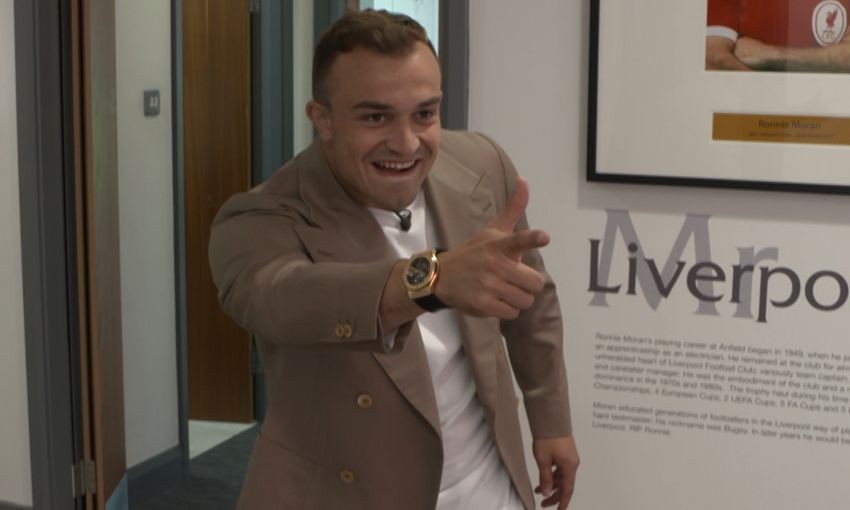 Xherdan Shaqiri has delivered his verdict on becoming a social media meme among Liverpool supporters.

A shot of the Switzerland international’s enthusiastic greeting for head of fitness and conditioning Andreas Kornmayer, with whom he previously worked at Bayern Munich, on the day he signed for the club has taken off within the fan base.

Shaqiri joined up with Liverpool for the first time since in New Jersey on Tuesday and when he sat down for an interview with Liverpoolfc.com today, there was a very important question to ask him.

Did he expect such a reaction?

“It was just the emotion because I [last] saw him a long time ago so I was really happy to see him again.”

The new Reds No.23 arrived in America ahead of his teammates’ journey from Charlotte and found local supporters ready to welcome him.

“I have seen many fans and they are really happy that I’m here. I can’t wait to meet [more of] them,” he added.

Video: Shaqiri trains with the Reds in New Jersey

Shaqiri on his first day at LFC, likely debut and more