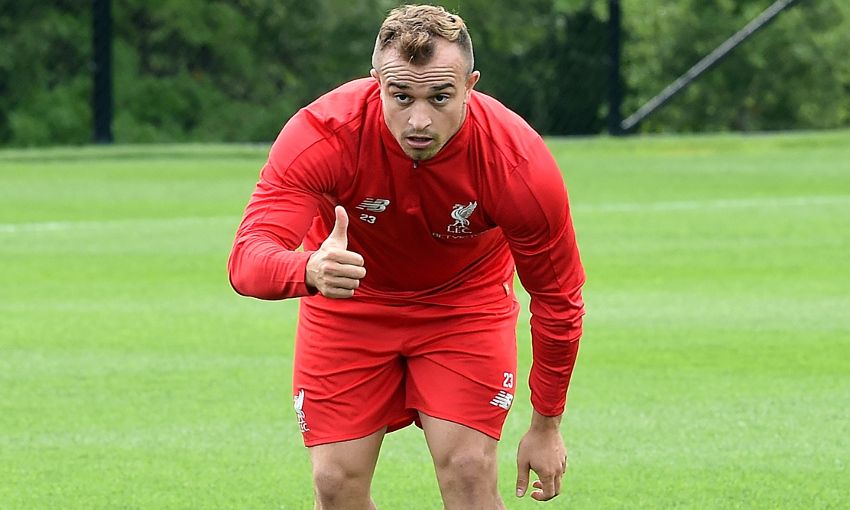 Xherdan Shaqiri took part in his first Liverpool training session on Wednesday after linking up with the squad in New Jersey.

The Switzerland international completed his move to the Reds earlier this month but has now concluded his post-World Cup holiday.

And our photographer was there to capture his very first work alongside his new teammates as they prepared to face Manchester City in the International Champions Cup.

See the full gallery below.