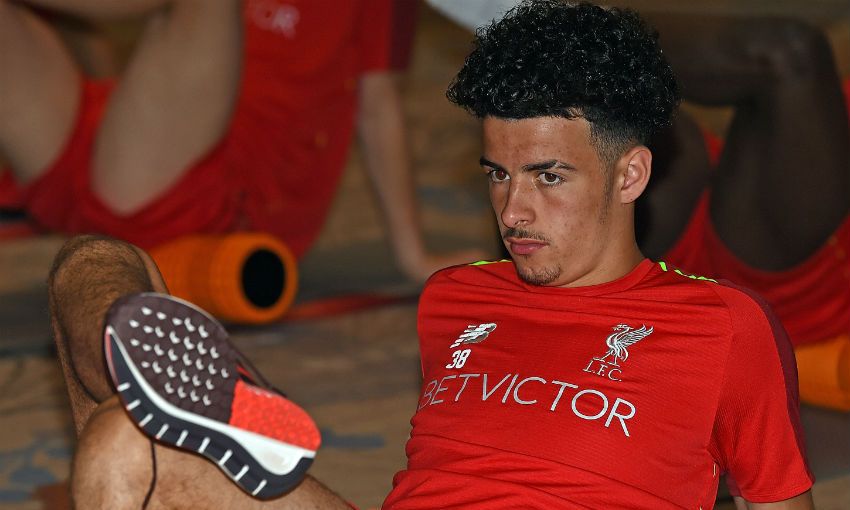 Jürgen Klopp is working with Curtis Jones to ensure the Liverpool youngster fulfils his rich potential.

Academy prospect Jones is part of the Reds’ senior squad on their ongoing tour of the United States and has performed with eye-catching maturity in all five friendlies so far this summer.

Most recently, the 17-year-old looked anything but overawed playing in front of more than 55,000 fans in Sunday’s International Champions Cup meeting with Borussia Dortmund at Charlotte’s Bank of America Stadium. 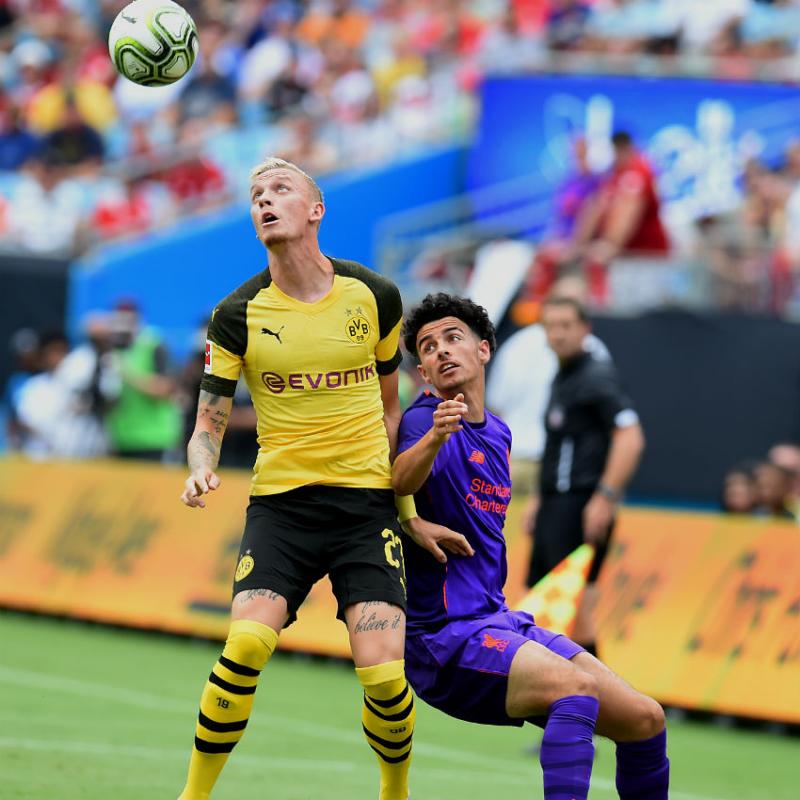 Jones trained regularly with the first team last season and, after signing his first professional deal with the club in February, was named among the substitutes for the Merseyside derby at Goodison Park in April.

Having reported to Melwood for pre-season training at the beginning of this month, the Liverpool-born attacking midfielder has since seized his chance to impress at senior level.

But while acknowledging Jones’ obvious talent, Klopp has warned that there is still ‘a long way to go’ in his quest to carve out a successful top-level career with the Reds.

“He has to adapt to the group; the group have adapted already to him, he was in last year together with Rafa Camacho, another really young boy,” the boss told Liverpoolfc.com.

“They are different and the two boys before that came up like this were Trent Alexander-Arnold and Ben Woodburn. How they came in, they were really role models - not shy, but looking around, ‘What can I say?’ Curtis is different, Rafa is different.

“Curtis is a proper Scouser - I don’t know if I have the right words, but he is not shy to say a few things and probably that’s a surprise for one or two players! It’s easy, he accepts the rules of the group, there is no doubt about that.

“Football-wise he of course stepped up, that’s how it is. He is a tall boy but still very mobile, good at dribbling and stuff like that, but now we need to make sure he finds the right moment to pass the ball - and dribbling is not for dribbling, it’s to change the situation in a better way and then to pass the ball.

“But it’s easier to train that than to show somebody how to dribble, which is quite natural. It’s cool. Physical-wise [he is good] and has talent as well, but there is a long way to go.

“That’s a big challenge for all of us, how will he react to all the different public things, family at home, friends at home… there’s a lot of different challenges ahead. Because we’ve had these young boys around in the last few years, I think we are little bit better in dealing with that.

“We don’t have them for 24 hours around, just seven or eight hours at the training ground, so there are 16 hours where a lot of things can happen. We will work on that. We see his potential and want to help him to be the best he can be. As long as he is ready for that, the future is bright.”