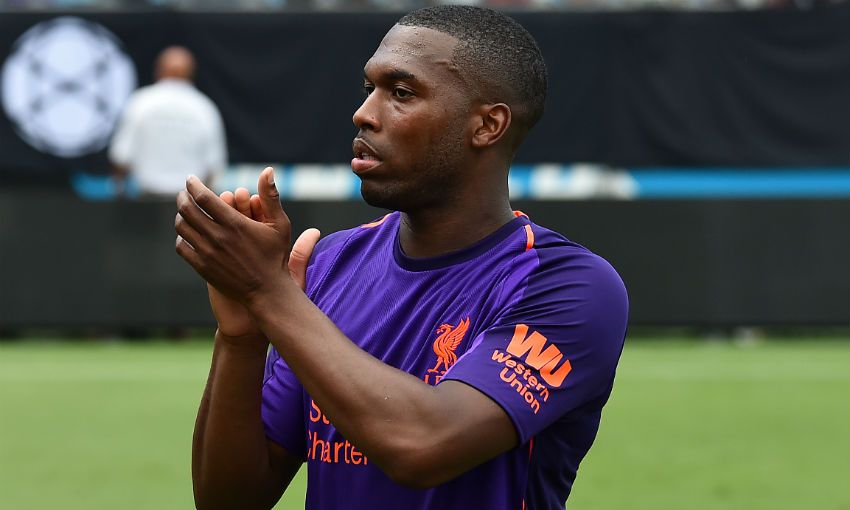 Jürgen Klopp hopes Daniel Sturridge can build on a promising pre-season that has reinforced his view that the striker can be a ‘very decisive player’ for Liverpool.

Sturridge has impressed in each of the Reds’ five friendlies so far this summer, scoring three times while showcasing his vast array of talents against opponents ranging from Chester FC to Borussia Dortmund.

The No.15 is, by his own admission, ‘loving’ being back at Liverpool after spending the second half of last season on loan at West Bromwich Albion.

And, during a wide-ranging interview with Liverpoolfc.com on tour in the United States, Klopp revealed that he too is enjoying Sturridge’s ‘cool’ moment as preparations for 2018-19 continue.

“We’re not in doubt - and nobody was ever in doubt - about his quality. In this moment he looks really good, to be honest. That’s cool - really cool for him and cool for us,” the manager said.

“[It’s] a very important moment for him. I am in talks with him, what he feels. I don’t want to make him the most physically strongest player in the squad or whatever.

“The most physically strong player in the squad cannot play football like Daniel Sturridge and he has no possibility to be that, to be the marathon man of the team, but he can be a very decisive player. It’s a good moment and hopefully it will stay like that.”