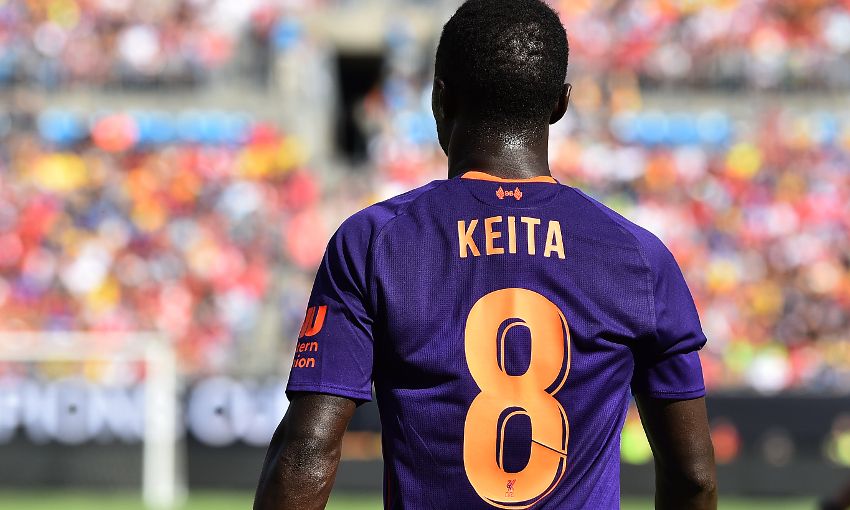 Naby Keita has caught Daniel Sturridge by surprise with the breadth of his abilities.

The pair have struck up an instant rapport in the Liverpool dressing room and on the pitch since Keita joined the club this summer, linking up repeatedly when they have been in action simultaneously during pre-season so far.

The Guinea midfielder’s reputation went before him ahead of his transfer from RB Leipzig but Sturridge was not fully aware of the complete package he brings.

“I love that guy. I’m surprised how good he is actually, if I’m honest. I knew he was good but I don’t watch German football too often,” he told Liverpoolfc.com.

“I haven’t seen a midfielder like him for a while, he is something different. It’s crazy. The things he can do with the ball – he can defend, he can pass, he can dribble, he is fast, he is strong. He has got everything.

“I’m excited to see what he does in the Premier League and the Champions League.

“I sit next to him in the changing room and we have a lot of banter; my French is terrible but I try my best. His English is OK. We share some good times and have a lot of laughs together. I like him a lot, he’s a good guy.”