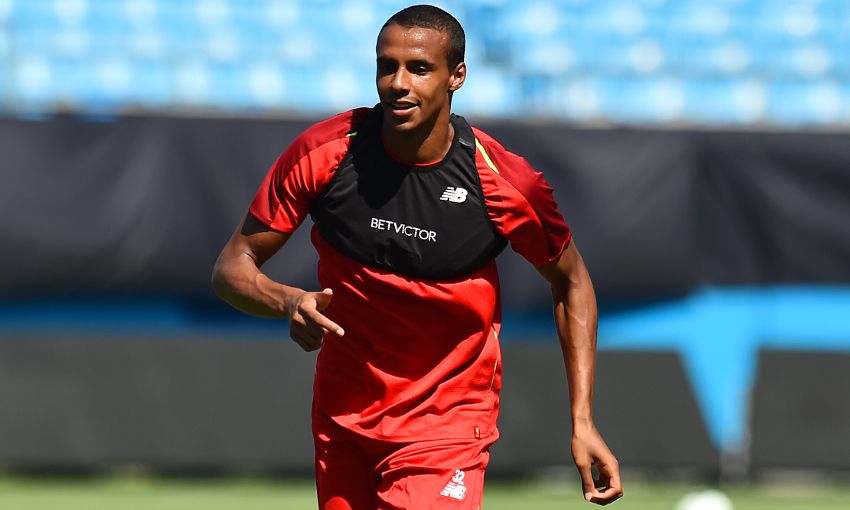 Joel Matip is delighted to be back in action for Liverpool after overcoming the thigh injury that forced him to miss the latter part of last season.

But the defender insists he still has plenty of work to put in before he is fully ready for the start of the coming campaign.

Matip saw his 2017-18 brought to a close at the start of April as he was forced to undergo surgery, missing the final stages of the Reds' thrilling Champions League run as a result.

However, he returned to the fold for the start of this pre-season, and featured in three of the four friendlies that preceded the tour of the United States.

Asked about his fitness after the first training session of the Stateside trip, Matip told Liverpoolfc.com: "I'm on a good way.

"I still need some time but I feel good and I enjoy being back on the pitch.

"I will go step by step and I think these next days will help me to increase my fitness level and to get in better shape."

Having undertaken a lengthy journey to America on Saturday morning, Jürgen Klopp's men trained in sweltering conditions at the Bank of America Stadium later in the day.

But Matip believes such tests are good for him and his teammates as they prepare for a long season.

"Over the day you feel it but when you are on the pitch, you enjoy to play with the ball. We enjoy training," he continued.

"The intensity increases but that's normal. This is preparation but we are on a good way, we're still positive, and we're working hard to get [in] the best shape."

The centre-back was also delighted to see so many fans turn out to watch their heroes in action.

He added: "Quite a few people were here so that's something special.

"Travelling that far and still there are a lot of people for a training session, it was nice."