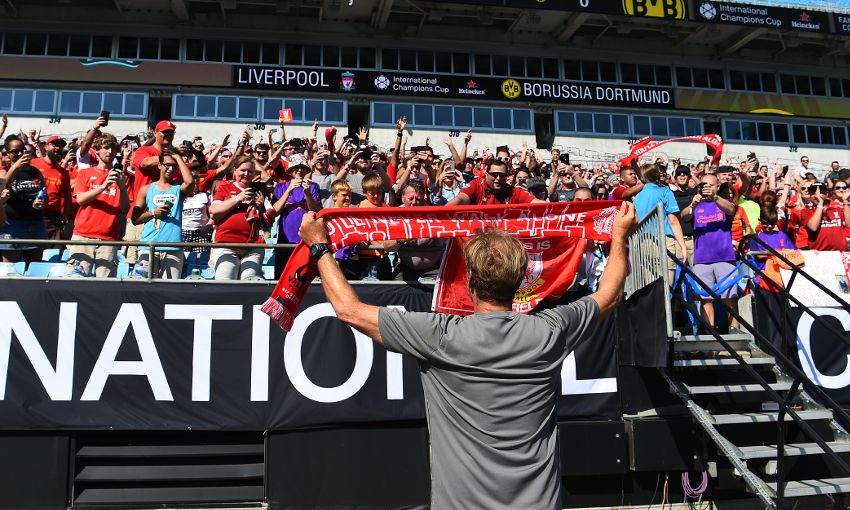 Liverpool held the first training session of their pre-season tour of the United States at the Bank of America Stadium on Saturday afternoon.

Having touched down in Charlotte at around 7am local time, the Reds stepped up preparations for their International Champions Cup tie against Borussia Dortmund.

Jürgen Klopp's squad had a workout in the humid temperatures in front of a crowd of local supporters. Take a look in the photo gallery below.