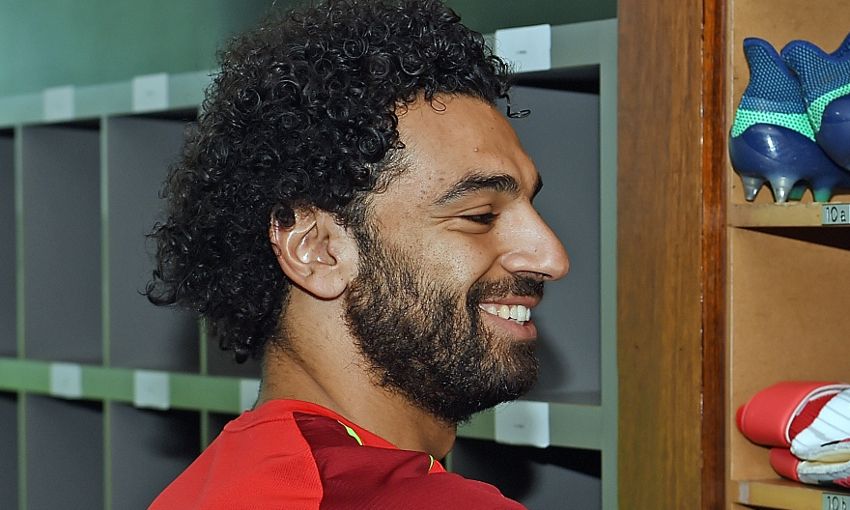 Mohamed Salah is 'fully recovered' from the shoulder injury he suffered in the Champions League final in May.

The Egypt international was forced off in the first half of the meeting with Real Madrid in Kiev as Liverpool fell short against the La Liga side.

He regained fitness to represent his country at the World Cup, scoring in each of the two games he played in, but the Pharaohs were eliminated in the group stage.

Salah returned to club duty on Friday for his first day of pre-season training before joining the rest of the squad on their trip to the United States.

Jürgen Klopp held a press conference shortly after the Reds’ arrival in Charlotte, where they face Borussia Dortmund on Sunday night, and was asked for an update on the No.11’s condition.

“He has fully recovered,” said the Liverpool manager.

“We were constantly in contact [during the World Cup] and he was fine. Shoulder-wise, he had no problems. We were in really close contact and it was clear that if he had any problems still then he would have waited for the next game.

“He looks full of joy and is really happy to be back. It was nice to see him yesterday for the first time, the same for Sadio [Mane]. They had an intense year behind [them] but they are really looking forward to the season already.

“It’s good to have them back and they can start training now and all that stuff. It was not a long time they were out but I think it was very important that they had at least three weeks.

“Now they still have a good basis. They look very fit – we made tests yesterday. Both have fantastic values so they did the work they had to do, so now they can start quicker than the rest of the team from another basis. That’s good for us but the season starts on August 12, not this week, so good.”