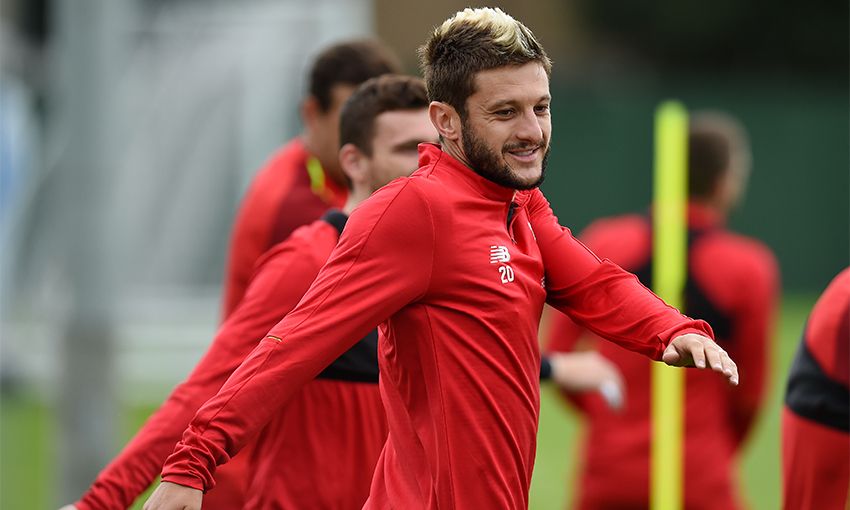 Adam Lallana is deep into his fifth pre-season with Liverpool, his third under current boss Jürgen Klopp, and the Reds midfielder has given a unique insight into the travails of preparing for a new campaign.

Things have certainly changed since the early stages of the 30-year-old's career, when the former Southampton man used to run around the New Forest and undergo days of fitness training without ball work.

And while sports science and its buzz phrases like 'maximal exercise' have helped further enhance the physical side of preparations, Klopp is keen to get the tactical work under way "almost straight away" at Melwood.

Having completed a four-game warm-up schedule in the UK, the Reds jetted off for three International Champions Cup matches in the USA and it's on tour that pre-season really goes up a level, according to Lallana.

The Reds face Borussia Dortmund, Manchester City and Manchester United in the States and will purposely play some of those matches under fatigue to help hit peak performance for the Premier League opener against West Ham United.

But the tailor-made preparations all began back at Melwood on day one. Here, Lallana explains all...

Lallana on the lactate testing...

The lactate test is the first exercise you do when you report back for pre-season. It's a maximal exercise. You run until you can't run anymore really.

There's no cheating or hiding away because you've got your monitors on and they prick you to find out what your blood levels are. It just gives good information to the sports science and medical team to help them then individualise your pre-season, if it needs to be.

Nutrition in pre-season and throughout the whole season is huge. It's a massive part of the game nowadays, how you recover.

For example, after the game the other day at Tranmere, Mona [Nemmer, head of nutrition] was there with two or three chefs; fresh food, fresh pasta, fresh halibut, yoghurts, recovery drinks.

It's important in the first hour, hour-and-a-half, after you finish playing or exercising that you recover and get the right nutrients or foods into your system as quickly as possible. 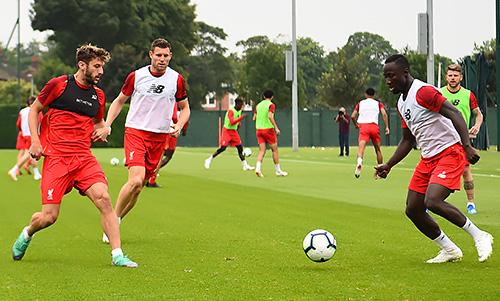 Tactical work starts straight away more or less. Before Tranmere and Chester, the boss had us 11 v zero.

I'd not played with Naby Keita or Fabinho so the day before we were doing shape work and it's nice just to get a feel with different players and how they play.

On days where it's double sessions, we've all come in from training, we've got some trays with some water in, I think they put a couple of tablets in, you put your feet in them and it just helps firm your feet up, because pre-season is rife for blisters.

There's an ice bath, you get in the ice bath, shower, eat, and then people tend to do different things.

Myself and a few of the other boys tend to go for coffee. There are lads that might just stay at Melwood and have a little bit of a sleep, because you do get two to three hours to chill out.

Pre-season now is completely different to when I first started. I just remember going into the New Forest at Southampton, doing forest runs, hill sprints, not seeing the ball for a couple of days. Whereas nowadays it's completely different, there's a lot more structure to it.

For example, Mo Salah and Sadio Mane have only got two or three weeks. Jordan Henderson's going to come back probably a week, 10 days before the first game. They probably don't need the pre-season that I need - I've missed a lot of football lately.

When you are actually on the pitch you do kind of overthink things a bit because you have not been there for a while, you've not got the rhythm. So, I'm eager to play the games, get the rhythm. Movements become second nature again and that's the beauty of pre-season.

You've got games where you can make mistakes, you can try something different.

Your opponents gradually get better and if you look how our pre-season is mapped out that's exactly how it is. By the time we get to the States we play against some of the best teams in Europe. That's what you want, because at that point your fitness is at a level where it can cope and you need to get up to speed for the first Premier League game. 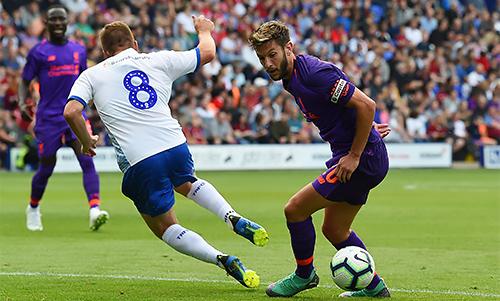 You are going into games fatigued because you've either had a training session in the morning or a double the day before. It's arguably the sessions that you've done previously, on top of that game, where you really get your stimulus and fitness. Because you are playing the game under fatigue.

Everyone will say to you it's important [to have] minutes on the pitch with new teammates, it helps because you get to know each other's game.

Fabinho will get to know where I like receiving the ball. Playing with Naby, you get to see what runs he likes to make. Just little things that unless you play you sometimes don't understand.

Over the course of pre-season, when we go away on tour, it's important not just to get to know them on the pitch, but off the pitch as well. That's all part and parcel of gaining a good team spirit, if you want to achieve something special throughout the season. 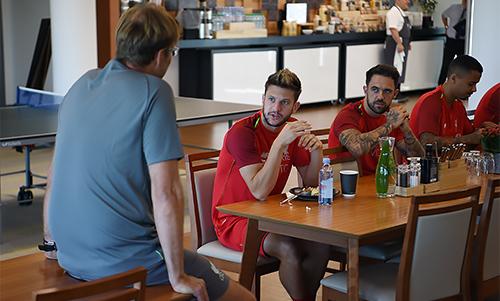 Lallana on the US tour...

When pre-season tour comes the level definitely goes up, for a combination of reasons really: the amount we train will be more; we will have club appearances out there as well; the weather will be a lot hotter I'd have thought in America. But that's what you want.

When you get three-quarters of the way through pre-season I think it's important that you get tested with better opponents, because you are preparing for the Premier League, for the Champions League. Come West Ham we want to be at the level where you trust your body and you know you're fit and just need to be focusing on the football.