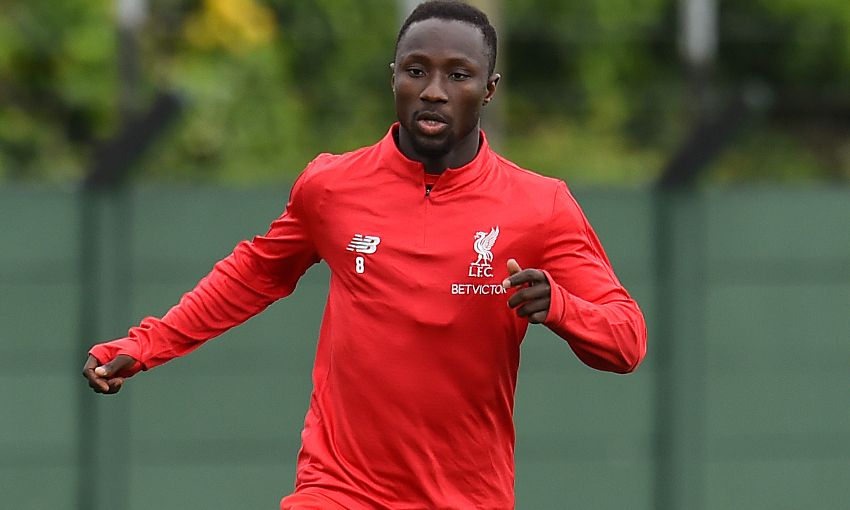 Recap: Day four for LFC in the USA

The newest additions to Jürgen Klopp's squad have yet to see competitive action for Liverpool, but they are already making a big impression on the training ground.

The Reds kickstarted the summer transfer window by adding Naby Keita, Fabinho and Xherdan Shaqiri to a squad that last season claimed a top-four Premier League finish and reached the final of the Champions League.

Brazil goalkeeper Alisson has also since arrived though, like Shaqiri, he will not join up with his new teammates until later in pre-season due to his participation in the World Cup.

Moreno is convinced that each of these signings will make a positive impact at Anfield this term, and he has been particularly impressed by one man's efforts at Melwood thus far.

"With both Naby and Fabinho and now Shaqiri, we’ve brought in top, top players," he told Liverpoolfc.com.

"Everybody knows that Fabinho is a great midfielder, and from what I’ve seen of Naby in training, he’s just incredible! As we say in Spain, he’s a real pit bull.

"I’m still to see Shaqiri but everyone knows him well for his stats and his Premier League record, and how well he performs.

"I think they are three guys who are going to entertain the fans and give us an awful lot this campaign."

In Focus: Keita the standout as Reds beat Blackburn

Moreno is part of the Reds travelling party that jetted out to the United States this morning to participate in the International Champions Cup.

Heading into his fifth season at the club, the Spaniard is familiar with the fervent support Liverpool attract in every corner of the globe.

But he is now excited by the prospect of the newer faces in the squad witnessing that passion, and has promised teammate Fabinho that he will be 'amazed'.

"You need to realise that in my first pre-season here, it really struck me," he added.

"I knew I was joining a great club, one of the biggest in the world, but when I saw the amount of supporters we have...

"Not just during pre-season tours but when we travel into Europe for games in France or wherever, there are always Liverpool fans everywhere.

"It’s amazing and it’s something that the players really enjoy and appreciate, wherever you go, you come across Liverpool supporters.

"I’ve already told Fabinho that when we go over to the States, he’s going to be amazed!"

This month's trip to the States offers the players a chance to further strengthen their bond with colleagues old and new.

Moreno has huge appreciation for the togetherness in the Reds' current squad, and hailed the 'family' feel in the dressing room under Klopp.

"We spend all our time together, 365 days a year, seeing each other every day.

"So in the end you get a real sense of affection and even love which is created within the group, and that makes the days pass really well.

"When you come in to train or for a game, we fight to the death, but beyond that, we are like a family.

"I think that’s fantastic as I love being part of a dressing room that gets on so well, and where we’re all pulling in the same direction."