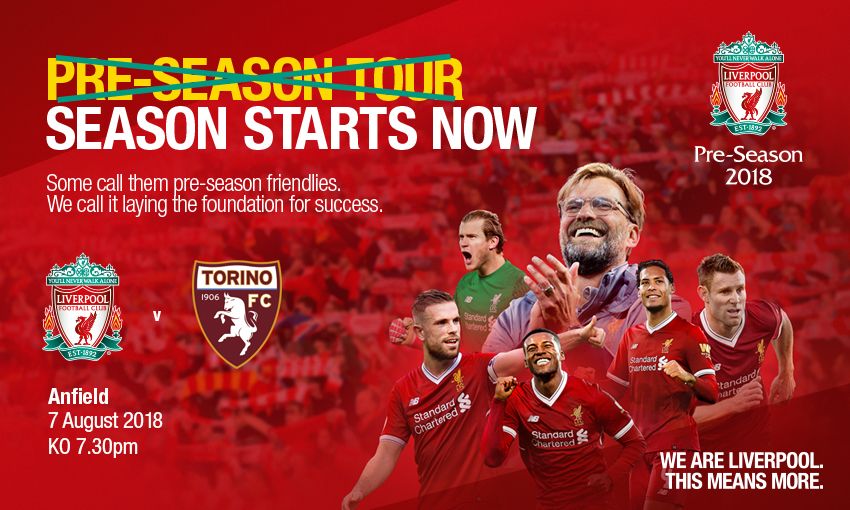 Liverpool FC will play Torino FC in a pre-season friendly at Anfield on Tuesday August 7.

Jürgen Klopp's side will host the Serie A club in their final friendly ahead of the 2018-19 campaign. Kick-off is scheduled for 7.30pm BST.

This will be the first time the Reds, who have never met Torino before, have played a pre-season friendly on home turf since their 4-0 win over Borussia Dortmund in 2014.

Torino finished ninth in Serie A last term, and have won the Italian top flight title seven times in their history.

Tickets will then go on general sale from 8.15am BST on Wednesday June 20. Click here for more details.