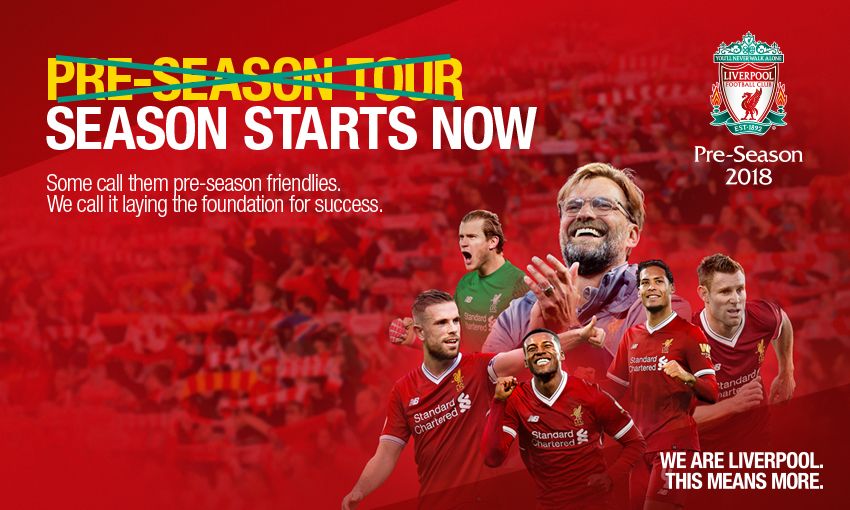 Liverpool FC's 2018-19 pre-season programme will get under way with four UK friendlies this July.

The Reds will play Chester FC at the Swansway Chester Stadium for the first time in what promises to be an exciting start to the team's pre-season preparations.

This will be the third consecutive summer that the squad have visited Prenton Park after previously running out 1-0 winners in 2016 with striker Danny Ings scoring, before last year's 4-0 victory.

Next, the Reds will head to the Energy Check Stadium. Liverpool and Bury will meet for the first time at the Shakers' home since 1962, when 21,871 fans watched Bill Shankly's side win 3-0 at Gigg Lane.

These games will precede the Reds' visits to the United States for the International Champions Cup (July 22-28) and Ireland, where they will take on Napoli at the Aviva Stadium on Saturday August 4.

Tickets for the pre-season friendlies in the UK will go on sale soon. Fans should check liverpoolfc.com/tickets/tickets-availability for ticket notices.

Watch live as Liverpool train at the Michigan Stadium