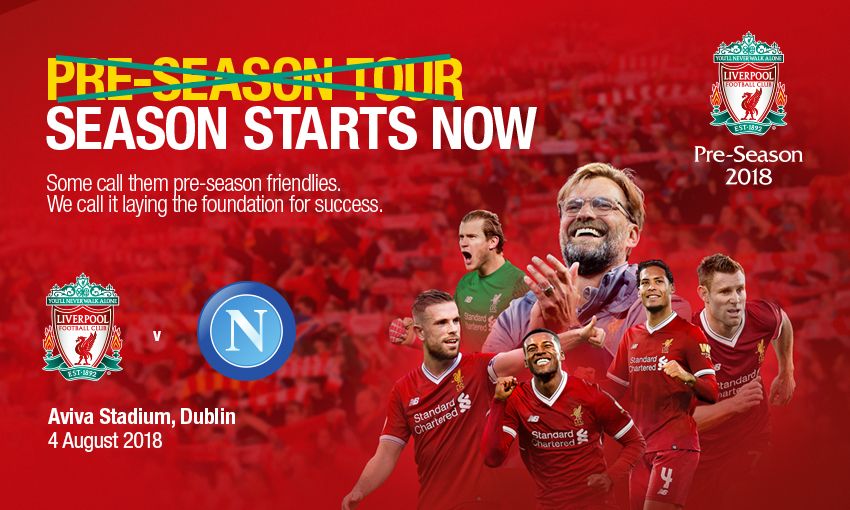 Reds to compete in ICC this summer

Liverpool FC will face Italian side Napoli in a pre-season friendly at the Aviva Stadium in Dublin on Saturday August 4.

The Reds are set to return to the venue for a second successive year after beating Athletic Club 3-1 in front of a sold-out crowd in their final warm-up match ahead of the current campaign.

Tickets for the game will go on sale to the general public at 11am BST on Friday April 27 – and can be purchased via Ticketmaster by clicking here.

Prices range from €10 for children through to €125 for a family package (which includes two adults and two children). 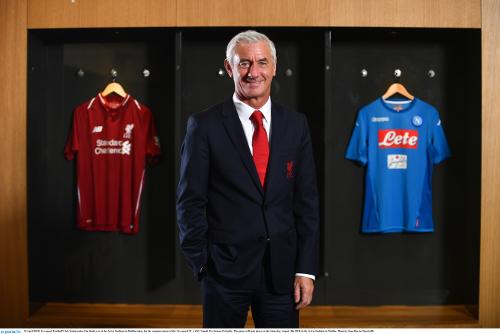 LFC ambassador Ian Rush visited the Aviva Stadium today to announce the fixture, and said: “As a club, we have tremendous support in Ireland, so it’s always a pleasure to come to Dublin and play in front of our Irish fans.

“There’s certain to be a fantastic atmosphere in the Aviva Stadium when LFC and our Italian opponents arrive in August, and we thank the Football Association of Ireland for their support in hosting the game.”