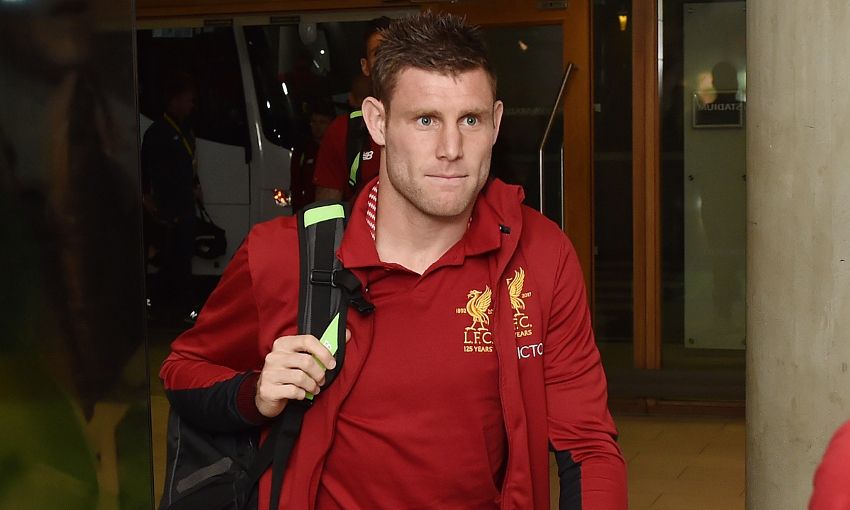 James Milner feels Liverpool can be more than satisfied with their exertions over the course of pre-season as they wrapped up their summer schedule with a 3-1 win over Athletic Club in Dublin on Saturday evening.

A penalty shootout loss to Atletico Madrid apart, the Reds ensured they emerged from their warm-up fixtures without suffering a defeat within 90 minutes from eight runouts that were hosted in the north west of England as well as Hong Kong, Germany and the Republic of Ireland.

Goals from Roberto Firmino, Ben Woodburn and Dominic Solanke sealed the latest win against their La Liga opponents, leaving Milner to reflect on a pleasing build-up to next week’s Premier League opener at Watford.

“It was a good game and a good workout against a good opponent,” he told Liverpoolfc.com. “I think they’ve had some [European] qualifying games, so they’re up to speed and it was always going to be a tough test. It was a great atmosphere, too.

“The boys played a half each and I thought everyone did well, especially on the back of an intense week in Germany with some tough fixtures. All in all, it was a good way to round off pre-season.

“The boys will have a well-earned rest in the next couple of days and then the build-up to the real games. The first game is always important and you want to get off to a good start. Then we have Europe following up behind that pretty quickly.”

While Milner has been around long enough to know no-one should read too much into pre-season friendlies and their outcomes, the vice-captain has been delighted by the manner in which the new signings have acquitted themselves.

Mohamed Salah and Dominic Solanke have scored four and three goals respectively for their new club, while Andy Robertson has turned in solid displays at left-back when called upon.

“It’s about fitness, getting up to match speed and getting used to the tactics,” continued Milner. “It’s about getting the new players used to playing our system and them feeling at home. That’s certainly happened with the boys banging the goals in up at the top and Robbo has come in and done well as well. It’s great for them.

“We’re all very competitive and at the highest level you always want to win, even if it’s a friendly, so to have that result is pleasing.”

On a personal note, Milner was deployed in a central midfield role against Athletic, moving back into the position from the defensive berth he’s mainly operated in over the last 12 months.

He reflected: “It’s not that easy [to move back into midfield], but obviously I’ve played there for most of my career.

“It felt nice to be back in there to be honest and I enjoyed it a lot. But it was more about getting 45 minutes; I’ve obviously had an injury as well, so it was nice to get out there and I felt alright.”

Meanwhile, Milner explained why Firmino’s confidence in taking the penalty he'd won at the Aviva Stadium to open the scoring meant it was the Brazilian who stepped up to take the spot-kick and not the Reds' No.7.

Asked if there’d been dressing room conversations about changing designated takers, the vice-captain replied: “Not really. He won it and had scored a couple in midweek. I asked him if he was feeling confident and he said yes.

“We all practice them and I am very confident when he steps up. As long as the ball ends up in the back of the net, that’s the most important thing.”

Fernando Torres: It's so exciting to see LFC progress