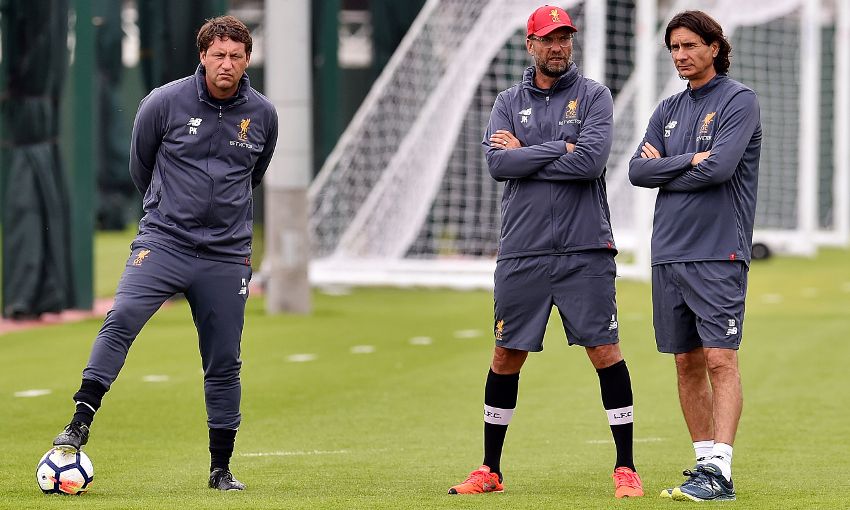 Jürgen Klopp has confirmed his assistants Zeljko Buvac and Peter Krawietz miss today's friendly with Athletic Club to scout Hoffenheim ahead of the Champions League play-off.

The Reds were paired with the Bundesliga club in Friday’s draw at UEFA headquarters, with the tie to take place across two legs on August 15 and 23.

Hoffenheim were in friendly action on Saturday, too, and Buvac and Krawietz were in attendance to check on the forthcoming opponents.

“Yes, they are in Hoffenheim,” Klopp told Liverpoolfc.com at Aviva Stadium.

“They watched [Hoffenheim v] Bologna but after 20 minutes it was 2-0 Hoffenheim and after 25 minutes there was a red card for Bologna. That’s more or less a waste of time!

“But it makes sense that they go there and see the team – they are really good.”