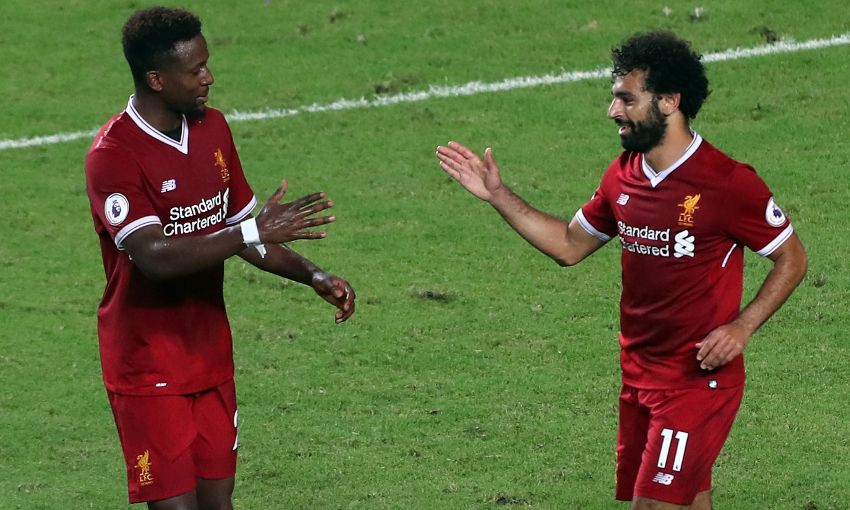 Divock Origi leads the attack for Liverpool in the pre-season friendly with Athletic Club this afternoon.

The Belgian joins forces with Roberto Firmino and Mohamed Salah up front as the Reds conclude their pre-season fixture schedule at Aviva Stadium.

James Milner, who captains the side in the absence of Jordan Henderson due to illness, moves to central midfield for the meeting with the La Liga side.