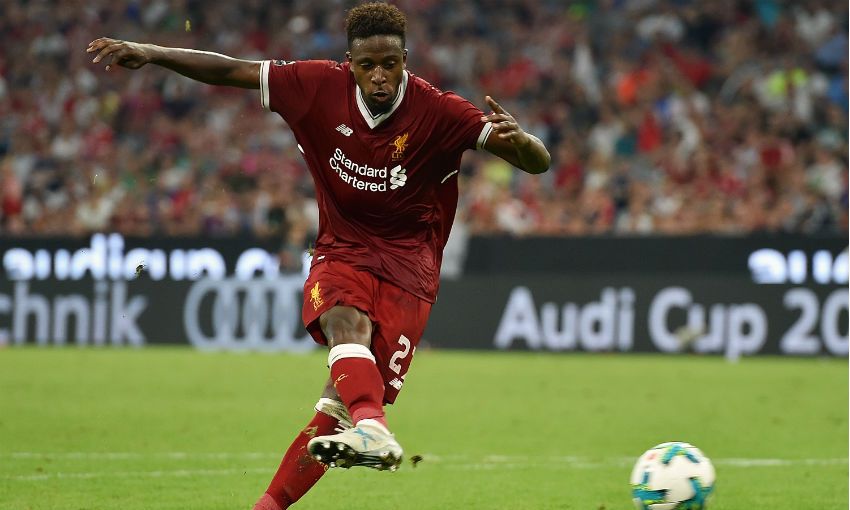 Divock Origi declared himself to be feeling 'perfect' in terms of his fitness after making a rapid return from injury to feature in Wednesday's Audi Cup final.

The striker was expected to miss both of Liverpool’s fixtures in the pre-season tournament due to a minor hamstring issue he picked up prior to the Reds’ 3-0 win over Hertha BSC at the weekend.

But, after sitting out Tuesday’s 3-0 victory over hosts Bayern Munich at the Allianz Arena, Origi came off the bench midway through the second half of the clash with Atletico Madrid 24 hours later.

The 22-year-old won a late penalty that Roberto Firmino converted to draw Liverpool level at 1-1 and force a shootout, only for Jürgen Klopp’s team to lose 5-4 on spot-kicks.

However, in more positive news for the Reds, Origi - who scored in the shootout - revealed post-match that he came through his 25-minute runout unscathed.

When asked if he felt fine physically after the game, the Belgium international told Liverpoolfc.com: “Yes, I had a small injury in my hamstring but I did everything to come back quick and felt very good today.

“Fitness-wise I feel perfect and I think that helps me a lot on the pitch. I could make a lot of runs and put some volume in the team and that’s what I like, so it’s good.”

With Liverpool’s two-legged Champions League play-off tie on the horizon, Origi believes the experience of playing against the likes of Bayern and Atletico will stand them in good stead should they reach the group stages.

“As a group we just have to keep building on our fitness, keep analysing our games and keep learning from these moments, special moments playing against Atletico, against Bayern - against top teams,” he said.

“It’s preparing for what can happen in the Champions League so we will do everything we can to be in it.”

LFCTV GO: Divock on his fitness, Atletico and the Reds' attacking options

When quizzed specifically on the test posed by Diego Simeone’s well-drilled Atletico side, Origi insisted the Reds will take the lessons of Wednesday’s match on board.

“It’s never fun to lose but of course we need to learn from this. I think overall from the pre-season until now we have had some very good moments and we can’t forget that.

“We are also building up our fitness so we have to be positive for the future and the first game of the season.”

While Atletico may have restricted the Reds to few clear-cut chances, Klopp’s men displayed their attacking potency in abundance when scoring six times without reply against Hertha and Bayern.

Origi thinks the manager’s tactical approach is helpful to his forwards and wants to be considered a vital component in Liverpool’s squad this season.

“We enjoy it very much. We get freedom in this team to express ourselves and that’s fun,” he said.

“As a striker as well you can go on the wing, you can play up front, you can come into the midfield and the players will adapt so I think we have a very flexible team, a very talented team and a lot of options, which is only good for the start of the season.

“As a player you always have to be confident and every player has his own qualities so I can bring something to the team. If the manager wants to put me on, I’m ready.

“For me, competition has always been healthy and it pushes me to do harder, and I’m sure I can be an important player this season.”