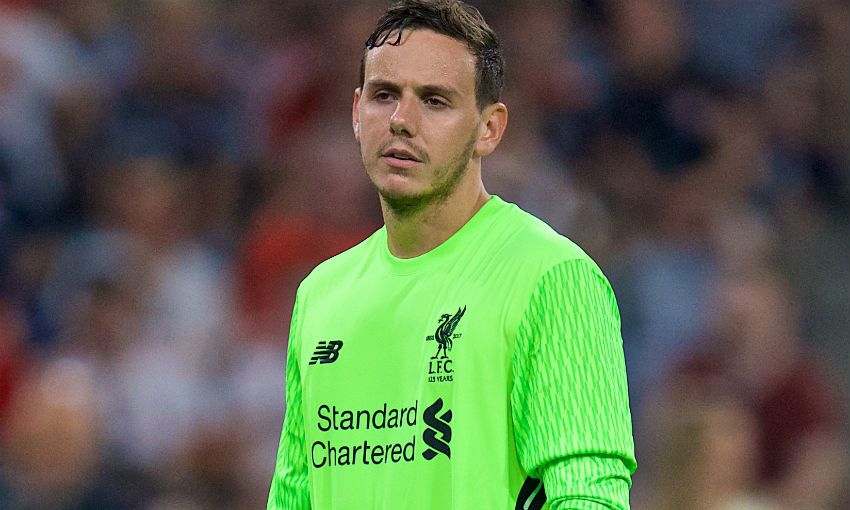 Danny Ward reflected on an evening of mixed emotions after his return to the Liverpool team ended in a penalty shootout defeat to Atletico Madrid in the final of the Audi Cup.

Goalkeeper Ward made his first appearance for the Reds since May 2016 on Wednesday, with the 24-year-old being named in Jürgen Klopp’s starting line-up for the match at the Allianz Arena.

Fortune did not favour the Wales international, though, as he made an outstanding reflex save to deny Angel Correa shortly after the half-hour mark only to see Keidi Bare nod home the rebound from close range.

Roberto Firmino’s late spot-kick levelled the game at 1-1 and forced penalties, but Atletico’s prowess from 12 yards earned them a 5-4 shootout win.

Subsequently, the satisfaction Ward felt at being back in a Liverpool shirt was tempered somewhat.

“I think it went quite well,” Ward told Liverpoolfc.com, when asked about his first appearance of pre-season.

“I’ve had a couple of knocks here and there through pre-season which has been frustrating, but I’m happy to finally be out there.

“They were just little knocks, ones that are really annoying, but at this part of the season it’s all about preparation and making sure you’re right so it was enjoyable.”

On Bare’s opening goal, Ward commented: “In that situation I think you’re left a bit helpless.

“We’re looking for that to fall to one of our boys or into a bit of space, but unfortunately it’s fallen straight to their player.”

Atletico converted all five of their penalties with aplomb and Ward - who made crucial stops in victorious Championship play-off semi-final and final shootouts for Huddersfield Town last term - acknowledged their expertise from the spot.

“The pressure’s on them to put it in the back of the net so hat’s off to them, they put them away [with] good penalties. I can’t have any complaints, really,” he admitted.

“You can’t have them all as a ’keeper, you’ve just got to pick a way to dive and I think the luck was on their side today.

“At the end of the day it doesn’t matter if it’s 90 minutes or 120 minutes, you want to win the game regardless of whether it’s pre-season or in whatever competition. Obviously it’s disappointing, but we’ll learn from it.”

The Reds will now return to Merseyside following their pre-season trips to Hong Kong and Germany, with Saturday’s meeting with Athletic Club in Dublin marking their final warm-up game before the start of 2017-18.

Ward believes their time away has done the squad good with the first match of the Premier League campaign at Watford on August 12 drawing ever closer.

“Here and Hong Kong have been massive for us fitness-wise and mentally as well, the boys being around each other 24/7 is massive for team spirit, so I think we’ve all benefited from it,” he said.

“It’s been positive on both trips and hopefully we can take that on now.”