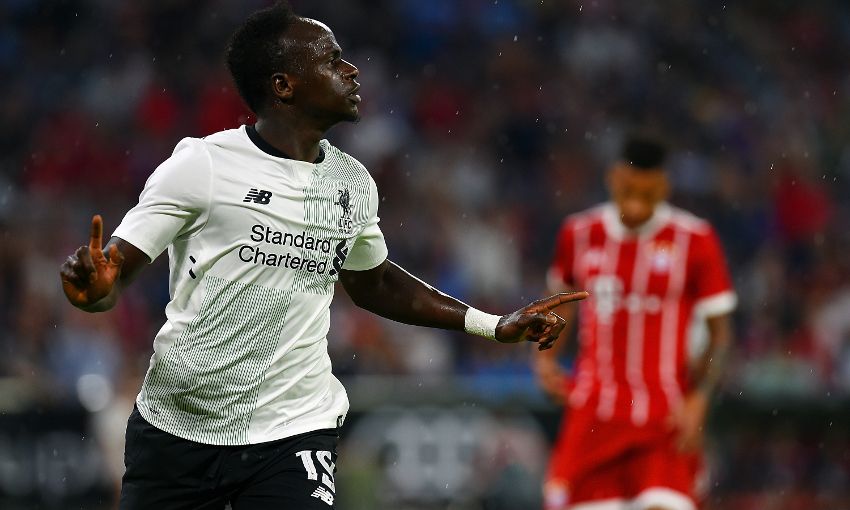 Liverpool secured a place in the Audi Cup final by comprehensively defeating tournament hosts Bayern Munich 3-0 at the Allianz Arena on Tuesday evening.

Sadio Mane put the Reds into an early lead when he collected Roberto Firmino’s pass and steered beyond Sven Ulreich.

Mohamed Salah added the second with his fourth goal for the club, nodding in from close range after Bayern’s ‘keeper had palmed Alberto Moreno’s driven cross into his direction.

The visitors thought they’d made it three midway through the second half, but substitute Marko Grujic’s effort was ruled out for an offside decision.

However, Daniel Sturridge came off the bench to score as time ticked away, magnificently chipping home from Ben Woodburn’s through ball to cap a wholly deserved victory for the Reds, who now meet Atletico Madrid in tomorrow’s final in Bavaria after the La Liga side beat Napoli 2-1 in the day’s earlier game.

Watch: The win against Bayern in 90 seconds

The pre-match team news confirmed Jürgen Klopp had selected a strong, adventurous line-up for Liverpool’s first ever fixture at the Allianz Arena.

Firmino, Salah and Mane were selected as the three-man forward line, while Philippe Coutinho was deployed in a deeper-lying midfield role. Meanwhile, Loris Karius was restored in goal after recovering from injury.

And the approach paid near-instant dividends when the Reds took the lead after just seven minutes of play.

Firmino reclaimed possession on the halfway line and raced towards goal before sliding the ball into the path of Mane’s burst into the area on the left. The forward took a touch before scooping into the far corner.

And it should have been 2-0 just moments later as Liverpool’s pace caused their hosts problems once more. This time, Moreno sped down the left before delivering a low ball for Salah across the box. He struck towards the near post first time, but on this occasion Ulreich was able to thwart.

Bayern’s goalkeeper was called into action again on 25 minutes, needing to keep out Moreno’s curling free-kick that was heading towards the top corner.

But there was nothing the custodian could do when the Munich rearguard was breached for a second time 10 minutes before the break.

Mane’s drag back and flick into the path of Moreno’s sprint allowed the Spaniard to drill across goal. Ulreich got a glove to the ball, but could only palm it into the direction of Salah’s head, who made no mistake from inside the six-yard box. 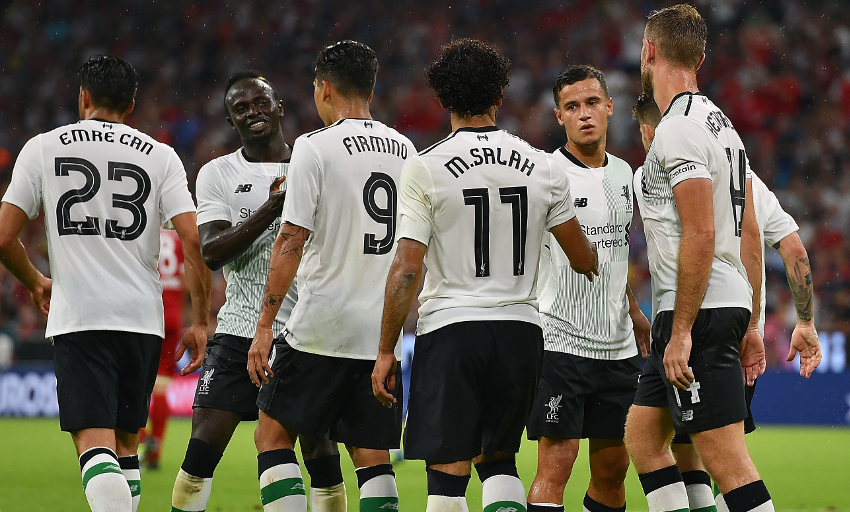 Liverpool elected to make two changes during the break, with Mane and Emre Can making way for Adam Lallana and Georginio Wijnaldum, but the Merseysiders continued to trouble their Bundesliga counterparts with their speed and movement.

In fact, it wasn’t until James Rodriguez skewed a half-volley wide on 57 minutes that Bayern caused concern for Karius.

Indeed, the Reds thought they’d clinched a third when substitutes Ryan Kent and Grujic combined, with the former brilliantly dancing into space before cutting back for the latter, who side-footed home. However, the effort was ruled out for an offside decision on Lallana.

But, with eight minutes left to play, Klopp’s men did add to their tally – and in sublime fashion.

Again, it was two who’d came from the bench to combine for it. This time, Woodburn regained the ball on the left and played a delightful pass in behind for Sturridge to chase with the outside of his boot.

Finding himself one-on-one with Ulreich, the striker gently caressed the ball up and over the standing ‘keeper and into the net.

It was the perfect way to cap off an excellent night’s work at the Allianz Arena and ensure Liverpool return here tomorrow to contest a mouth-watering final with Atletico.

Want to watch Liverpool in style at Anfield this season? Hospitality packages remain for the games with Crystal Palace and Arsenal. Click here for details.