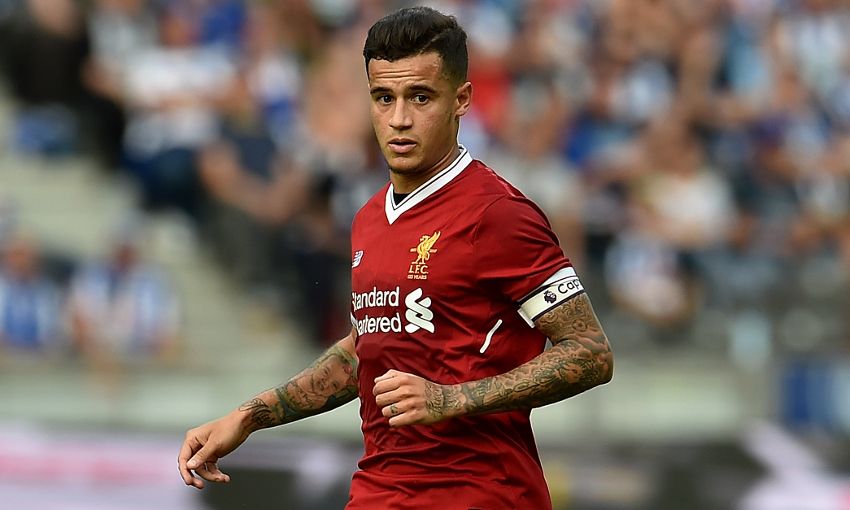 Jürgen Klopp was asked about Philippe Coutinho at his pre-Audi Cup press conference in Munich on Monday afternoon.

Replying to a question regarding the Brazilian’s future, the manager said: “If you say he is not available to be sold, where is the interpretation? The word ‘not’ means there is no interpretation. There is nothing new.”

Coutinho has been in excellent form during pre-season and created Liverpool’s third goal for Mohamed Salah in the 3-0 win over Hertha BSC on Saturday.

The No.10 had previously struck the winning goal for the Reds against Leicester City in the Premier League Asia Trophy final in Hong Kong.

Klopp’s side face Bayern Munich in their opening game at the Audi Cup on Tuesday and will then meet either Atletico Madrid or Napoli on Wednesday.