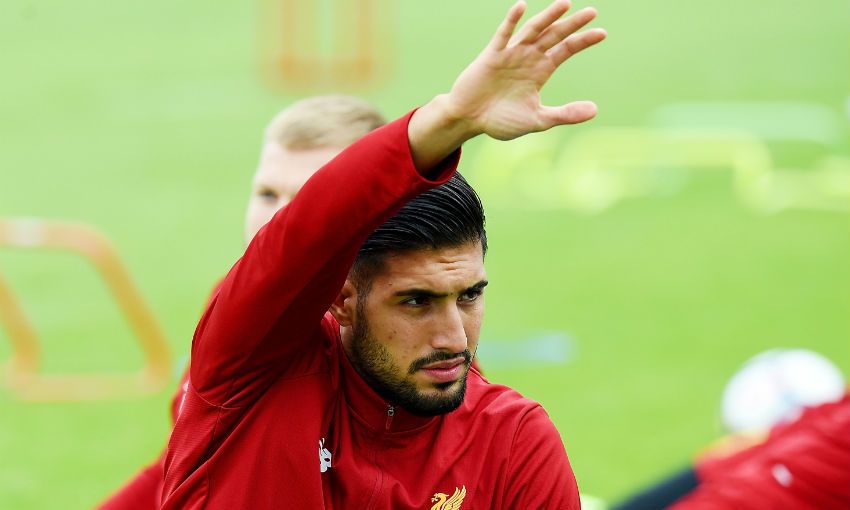 Liverpool will welcome Emre Can back into the squad for Saturday's friendly encounter with Hertha BSC.

The midfielder will travel to the German capital for the pre-season fixture, which Jürgen Klopp is eager for his players to use as an opportunity to impress.

Can was the last member of the squad to begin preparations for 2017-18 having been afforded an extended break due to international commitments.

Asked about a possible return for the No.23, Klopp told Liverpoolfc.com: “Yes [he will be in the squad]. After this long time, of course he is keen to play, that’s how footballers are.

“There are a lot of interesting things to see. I was a player too and I used to look at the line-up, ‘Am I involved from the beginning? If not, do I come on in the second half?’ I told the boys before the game, if you think the wrong things after I made a decision in pre-season, I can’t change it but I haven’t made my line-up for Watford now, so why are you making it?

“When I give a line-up for pre-season, [players] must use the opportunity and play as good football as you can. We will hopefully have a few difficult choices to make in the next season and we can only get the benefit from it if they all stay confident.

“But if they think, ‘Oh no, I am not in the line-up’ then go into the game with 60 per cent it would not make sense. I need a really mentally strong side and so now we start mixing it up a little bit.”

Saturday's friendly clash with Hertha BSC will be shown live on LFCTV and LFCTV GO.

LFCTV GO: Our exclusive chat with the boss in Germany