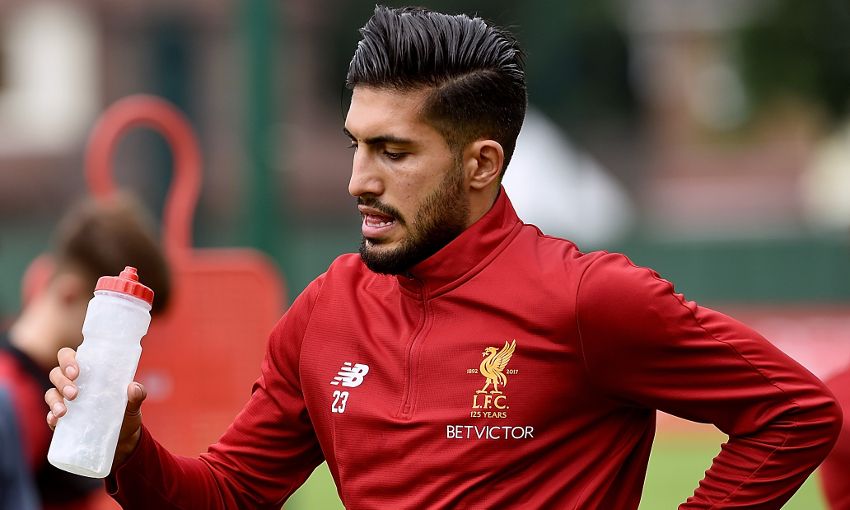 Emre Can is raring to go after his summer holidays and hopes to feature when Liverpool take on Hertha BSC in Berlin on Saturday evening.

Having been afforded an extended break due to his participation in Germany’s triumphant Confederations Cup campaign, the midfielder was the final member of Jürgen Klopp’s squad to report to Melwood for pre-season duty.

Consequently, the 23-year-old has just one week’s worth of training under his belt ahead of today’s meeting with Bundesliga outfit Hertha.

However, with Klopp having acknowledged on Friday that Can has been ‘looking really good’ since his return, the man himself feels ready to make his first appearance of pre-season at the Olympiastadion.

LFCTV GO: We catch up with Emre Can

“I am very happy to be back after three weeks off and now I’m very hungry to play football. I’m very [much] looking forward to the season,” the No.23 told Liverpoolfc.com at the Reds’ base in Rottach-Egern.

“We have the game against Hertha but I don’t know if I’ll play [then] or on Tuesday. I haven’t spoken to the manager about that.

“I feel ready, I feel in good shape and I need the games for getting rhythm again and hopefully I will play [against Hertha].”

Following their meeting with Hertha, next on Liverpool’s pre-season friendly agenda is a clash with hosts Bayern Munich in the Audi Cup on Tuesday.

That game at the Allianz Arena could, of course, involve Can coming up against his former club - a prospect he is relishing.

“I’m looking forward to the game and it will be the first time I’m playing for Liverpool against Bayern Munich,” Can said.

“I know a lot of the players and staff still there and I am really looking forward to the game.”