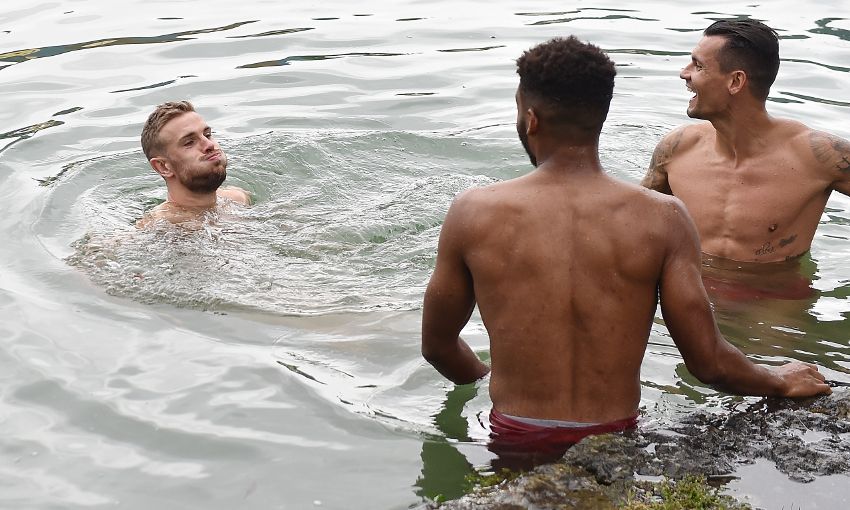 The Liverpool squad concluded Thursday evening's training session in highly unusual fashion – by cooling off in the lake next to their hotel in Germany.

Jürgen Klopp and his staff oversaw a second workout of the day at Rottach-Egern as the Reds build up to the weekend friendly with Hertha BSC in Berlin.

But rather than the customary ice bath to balance out the players’ exertions after training, they took a compulsory dip in the waters of nearby Lake Tegernsee instead.

Our cameras were thankfully stationed on dry land to capture the unorthodox scene – with Klopp watching on too – and you can take a look in the free clip below.