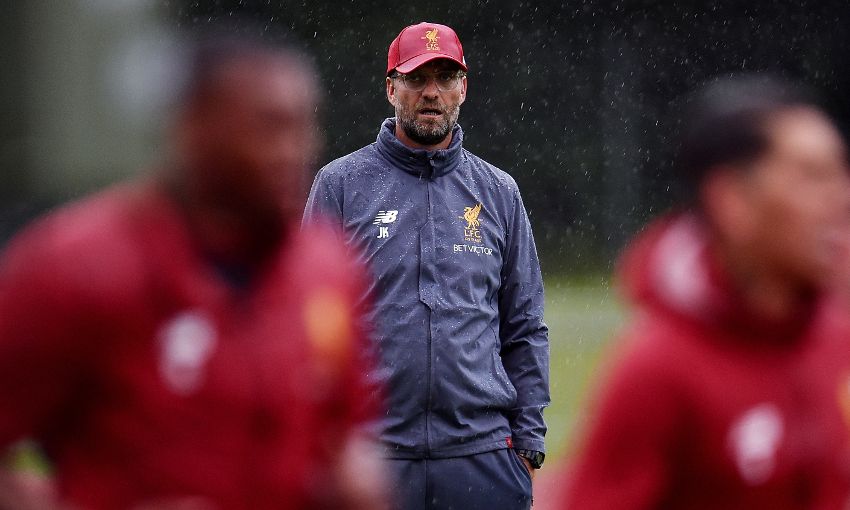 Jürgen Klopp has yet to decide whether the policy of making wholesale changes in the second half will continue when Liverpool play Hertha BSC on Saturday.

In the four pre-season friendlies so far this summer, the manager has altered almost the entire line-up shortly after the half-time interval to share the minutes around his squad.

A group of 30 players travelled out to Germany for the latest stage of their preparations, with the game in Berlin the first of three forthcoming fixtures in Klopp’s homeland.

Several members of the squad are currently dealing with minor injuries, including Nathaniel Clyne, Loris Karius, James Milner, Danny Ward and Ben Woodburn, while Emre Can returned to training only last weekend.

The manager has therefore yet to settle on a plan for the game against the Bundesliga outfit and will liaise with his backroom staff before making a final decision on a line-up.

“If we will make 10 changes, I don’t know actually,” Klopp told Liverpoolfc.com on Thursday.

“We will make a match squad of 20 or 22 players, I’m not sure. [Friday] will be really intense and then we will see who we should take then.

“Emre has been not too long in training, so what can we do with him after three sessions or whatever? So then we will have to see.

“We have real time, but we will sit together [on Thursday night] and then think about how we can line up, what kind of different things can we do and then we will wait for [Friday].”

Can and new signing Andy Robertson await their first appearance for the Reds in this pre-season and Klopp is pleased by the level of competition that exists as the new campaign nears.

“A few will be looking at Berlin and think, ‘Am I in the line-up or not?’ or whatever, then against Bayern Munich and then against whoever we play,” the boss noted.

“I cannot take the pressure off the boys, that’s how it is. It’s about performing and delivering.

“It’s good to have them all here. Emre looks really good. He had the break, not the longest but he used it. It’s all good from this perspective, but we have to play football games, we have to stay healthy, the boys have to stay fit and that would make our lives really easier.”