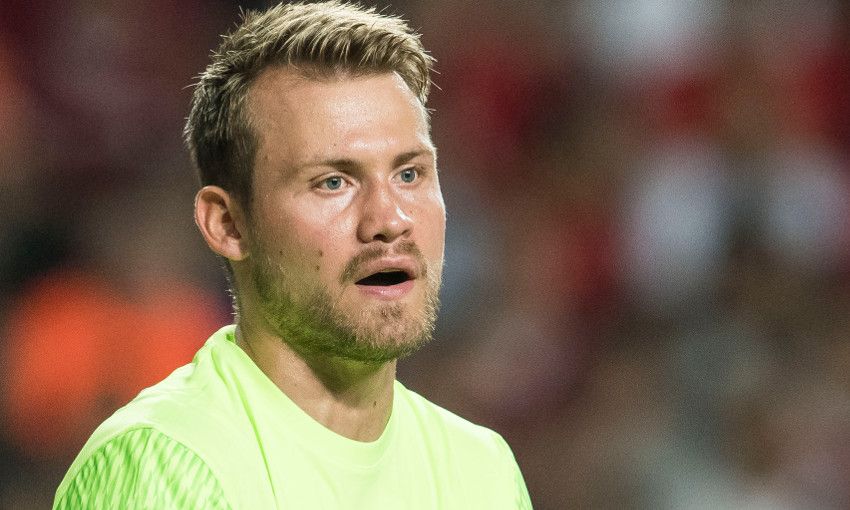 Simon Mignolet has two very special guests with him at Liverpool's training camp in Germany this week - his parents!

Coincidentally, Tegernsee, where Jürgen Klopp and his squad are stepping up preparations for the 2017-18 campaign, held significance for the Mignolets even prior to this pre-season period.

As the goalkeeper revealed to Liverpoolfc.com, he and his family have previously holidayed at the idyllic Bavarian spa town, making it a fitting destination for a reunion this summer.

Mignolet said: "When I was younger I managed to come here with my mum and dad and my brother on holiday around Germany and also Austria.

"They are here on holiday for a week so that’s a big bonus also and I will see them later.

"I miss them that much I told them to come out!"

Of course, the Reds' setting this week isn't just beneficial for Mignolet in family terms.

The No.22 believes a change of scenery can help to refocus a squad who are so used to training within the confines of Melwood.

"We are in a different environment so it’s not always the same like it is in Melwood, so we will see different parts of the world," he added.

"Apart from the training pitch and the hotel we don’t manage to go around, but today we went to training on a bike and we got to see where we are in the middle of the mountain.

"So I think that’s a big bonus for us to be somewhere else, to be together with the squad and get to know all the new players, so all together I think everything is there for us to prepare the best we can."

Mignolet faces a battle to retain his starting berth between the sticks this season, with three other goalkeeper vying for a place.

Loris Karius remains keen to kick on from a mixed first season at Anfield, while Danny Ward is now back from a season-long loan stint with Huddersfield Town.

"Everybody is pushing each other really hard every year," he continued.

The Belgian adds: "Together with the goalkeeping coach we work hard to push each other and to be in the best shape we can be before the season starts.

"I think we can bounce off each other and push each other forward and I think that’s the way forward for every position in the club.

"There’s competition for places not only in the goalkeeping department but everybody is pushing really hard to make sure they are ready for when the season starts."