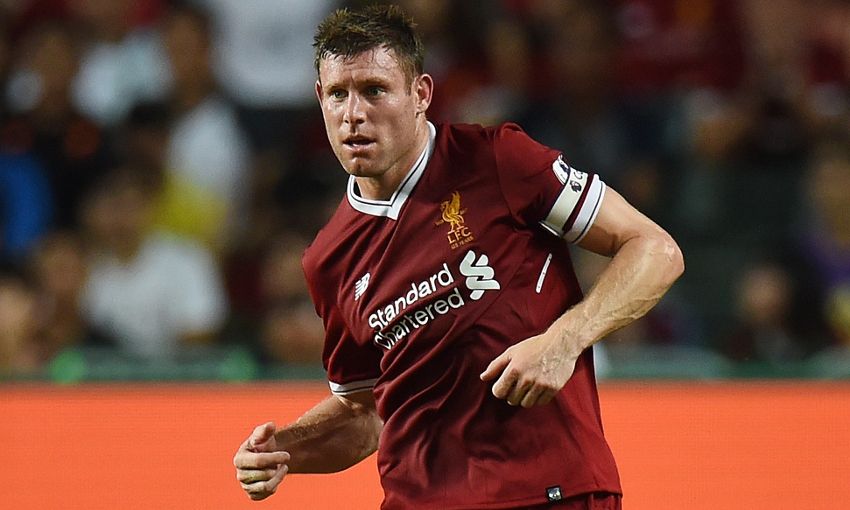 Behind the scenes: The story of lifting the PL Asia Trophy

The vice-captain has travelled to Germany for the Reds’ pre-season camp, but is undergoing rehabilitation on a quad issue he sustained during the Premier League Asia Trophy final against Leicester City last week.

Klopp told Liverpoolfc.com in Rottach-Egern: “It was clear from the first day there’s a little bit of tendon involved, so that means that it’s around 10 days.

“That means he will do his rehab here in Germany and then should be fit again when we’re at home. With injuries, you can’t be sure but it shouldn’t be much longer.”

Milner is one of four Liverpool players currently nursing issues.

Nathaniel Clyne is continuing treatment on a back problem, while Loris Karius and Danny Ward have missed both training sessions so far in Germany due to respective hip and back complaints.

Klopp continued: “This is maybe the longest Clyney has been out with a little bit of [an issue with] the back. We have to wait, time is running and we need Clyney of course.

“Loris and Danny, I am not 100 per cent sure [when they will be back]. Wardy is not too serious but it always takes its time, we will see how long it takes.

“Loris should be in tomorrow or the day after tomorrow at the latest, then we will have him back but it’s not too cool for the boys.”

There’s been better news elsewhere for Liverpool on the injury front this week with the returns of Danny Ings and Sadio Mane to full team training.

“Robbo [Robertson] is here and that’s very good. It’s a good group and the attitude was brilliant since we started. That should be the same and we will use the time.”