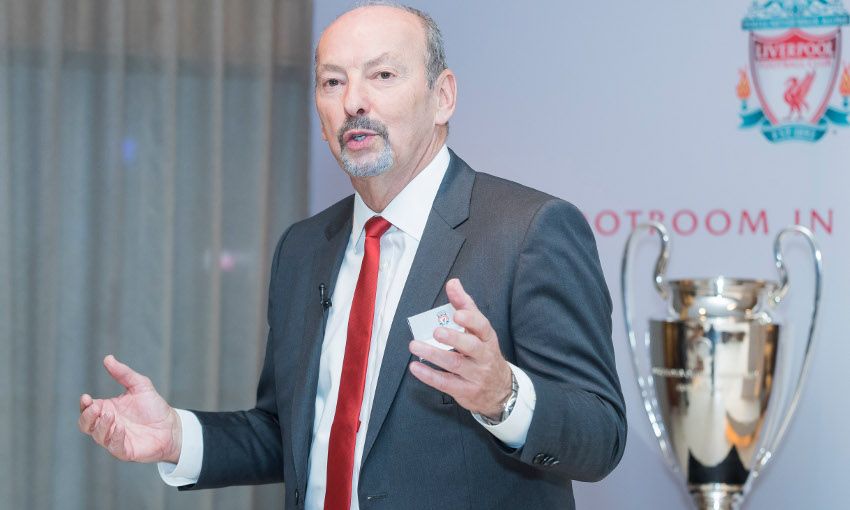 Witnessing the passion of Liverpool fans in Hong Kong first-hand is something that will live long in the memory for the club's CEO Peter Moore.

The Reds' week-long stay in the Far East, which saw them take part in open training sessions, greet fans and claim the Premier League Asia Trophy, ended with a 2-1 win over Leicester City on Saturday.

For Moore, the club's trip has been a chance to meet countless supporters who might never get the chance to visit Anfield - an experience that has been eye-opening.

"I love looking at the excitement in their eyes," he told Liverpoolfc.com.

"These are people who live and die Liverpool, they get up at all hours of the night and put their shirt on and live for their team for those 90 minutes.

"[At] open training, [they were] seeing Jürgen and the coaching staff put the lads through their paces.

"I turned around and they were watching every kick; watching Coutinho and Firmino, keeping a very close eye on Mo Salah.

"There was an intensity in the crowd - it's a training session! - but they're seeing their heroes for maybe the one time, other than the games here, in real life.

"It was palpable how excited they were, they were in awe of every kick, every touch. That was fantastic for me to witness."

Watch Peter Moore reflect on LFC's successful tour of Hong Kong, share his stories of meeting fans with club legends and offer an assessment of his first months as CEO at Anfield below.