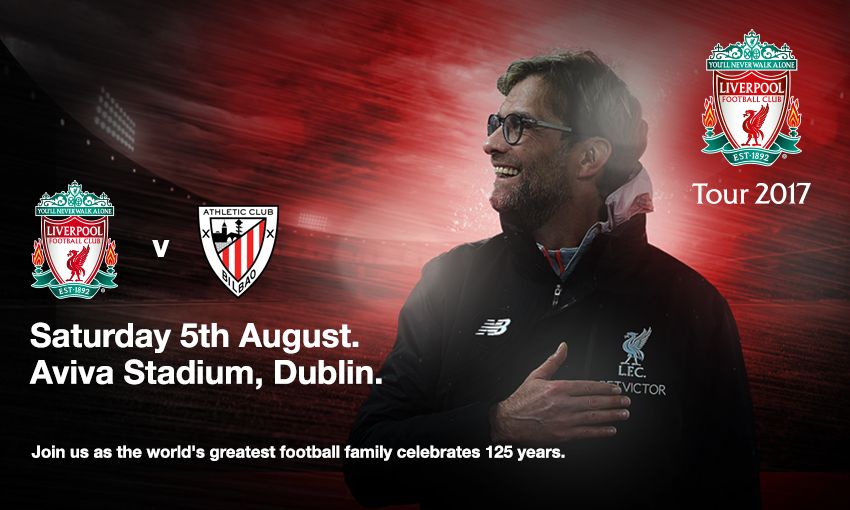 Liverpool FC has announced that Jürgen Klopp's team will play a friendly in Dublin this summer as part of their pre-season preparations.

The Reds will face La Liga side Athletic Club on Saturday August 5, with kick-off at 5.15pm.

This will be the first time the teams have met since the European Cup campaign of 1983-84, which saw Liverpool go on to lift the trophy for the fourth time in Rome.

The game with Los Leones will be held at the Aviva Stadium, where the Reds last played more than three years ago when they defeated Shamrock Rovers 4-0.

LFC ambassador Ian Rush, who scored the goal against Athletic last time the clubs met in 1983, said: “We always get such an amazing reception in Dublin.

“Even though this is a friendly game, I’m sure our incredible Irish supporters will make the atmosphere just as good when we meet Athletic Club this time around.”

Ticket pre-sales will begin at 11am on Wednesday May 31 until midnight on Thursday June 1. Tickets will be on general sale from 11am on Friday June 2. Click here for more details.