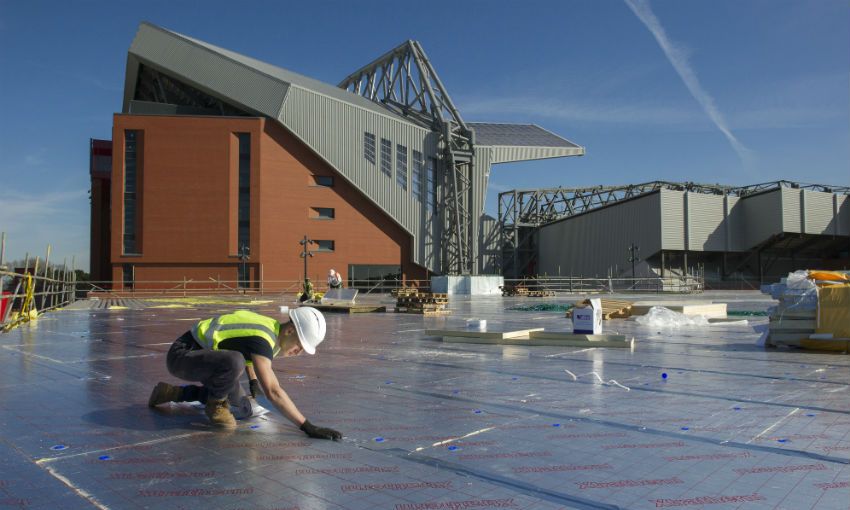 The new store, which is set to open early in the 2017-18 season, is located next to the Paisley Square fanzone.

Its construction marks another milestone in the regeneration of Anfield and forms part of Liverpool City Council's plan to rebuild Walton Breck Road, where the new store will stand.

The building's external brickwork has now begun, along with the installation of its roof insulation and curtain walling.

See a selection of new photos of the development below.