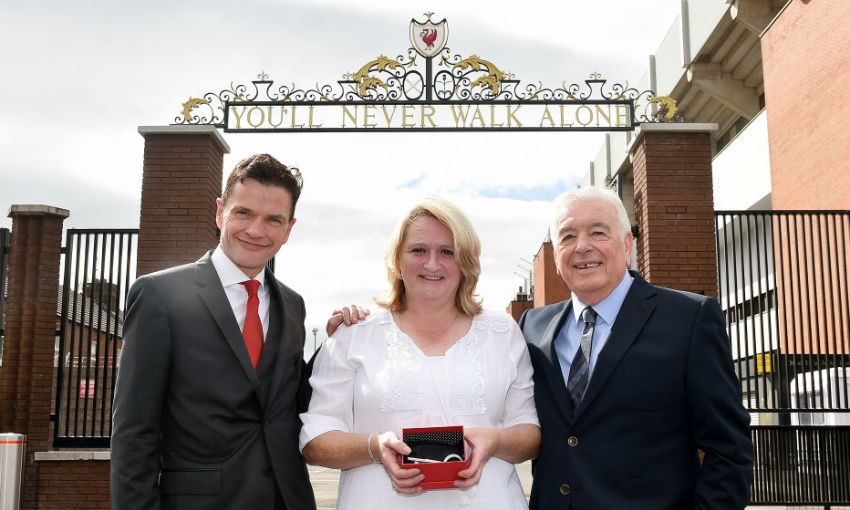 Daniel Sturridge: A bigger Anfield will make a difference

Anfield’s famous Shankly Gates will take pride of place at the entrance to the Centenary Stand after being unveiled earlier today.

Liverpool FC hosted a formal unlocking ceremony on Tuesday afternoon to mark the gates’ relocation. The event was attended by the Shankly family and Reds legend Ian Callaghan, who played under the iconic manager.

The Shankly Gates’ new home features permanent floor lighting, which enables them to be lit up in the evenings.

They were first unlocked on Anfield Road by Bill Shankly's wife, Nessie, in August 1982 - 11 months after Bill sadly passed away. The gates were placed into safe storage in February 2015 while construction work was completed on the expansion of the Main Stand.

Pauline Robinson, granddaughter of Shankly, said: "The gates are a fantastic tribute to my granddad’s outstanding contribution to the football club. He loved the club and the supporters. We’d like to thank them for involving us in finding their new location.”

Liverpool FC operations director Andrew Parkinson said: "We gave great consideration to the Shankly Gates, working closely with the family to find a fitting location that enables them to continue to welcome fans into Anfield for many more years to come.”

Fans will be able to pass through the Shankly Gates at their new location when the Reds host Leicester City in their first home match of the season on Saturday.