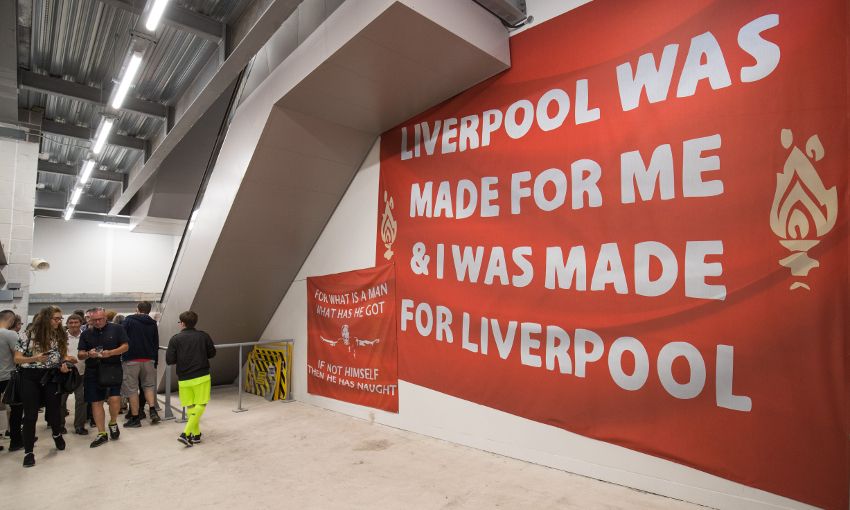 Entrance routes to the new Upper Tier have been specially designed to commemorate Reds fans and their passion for the club, with artwork taking inspiration from the scarves and flags proudly on display whenever the team play.

More than 40 banners featuring tributes to some of the most memorable moments in Liverpool’s history will decorate the spaces, featuring flags dating as far back as 1940 through to present day.

They will include the famous Joey Jones’ Rome 1977 tribute, which read ‘Joey Ate The Frogs Legs, Made The Swiss Roll, Now He’s Munching Gladbach’, as well as homages to Steven Gerrard, Bill Shankly and many other iconic figures from Anfield history.

Liverpool will officially open the Main Stand for the first time in the Premier League game with Leicester City on September 10.