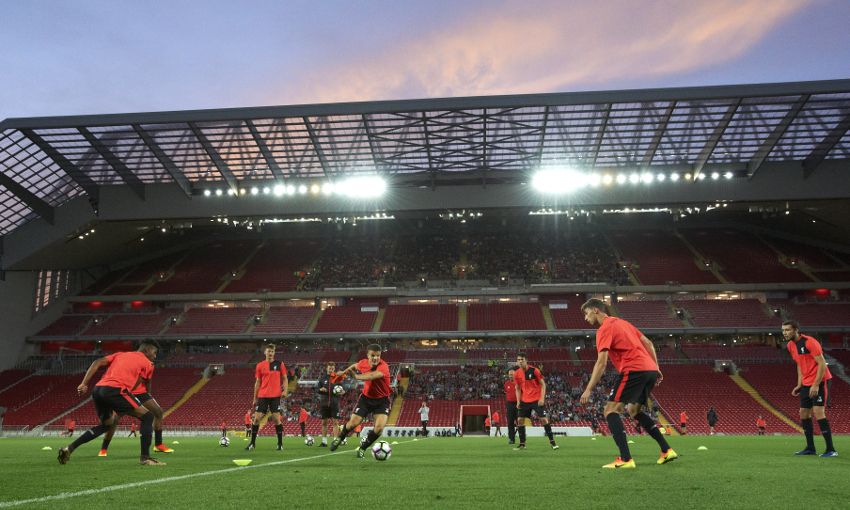 Liverpool fans got their first glimpse inside Anfield's new and expanded Main Stand at a special event on Friday night.

Just under 5,000 supporters and local residents were invited to experience some of the facilities inside the redeveloped stadium as part of the preparations for its official opening when the Reds take on Leicester City on Saturday September 10.

You can view our photo gallery of this special evening below. To enlarge the images, desktop users should click the icon in the top right corner.