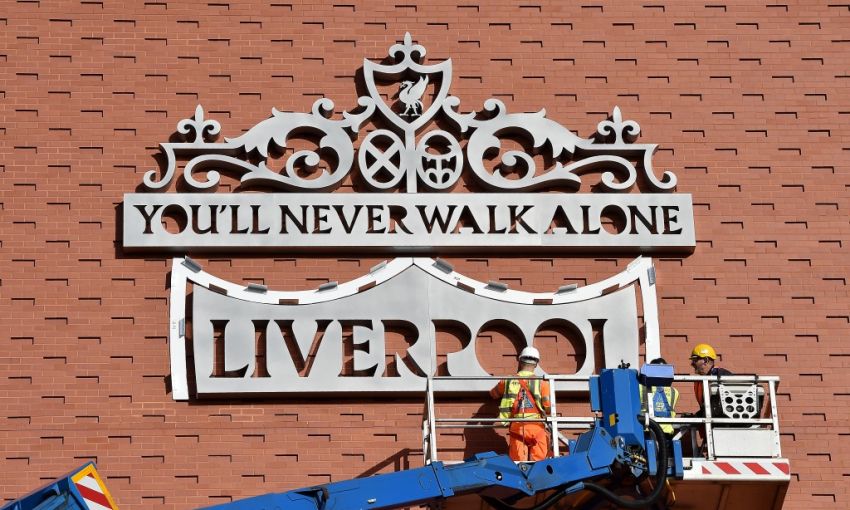 There are now just 18 days remaining until Liverpool's new Main Stand is opened for the first time – but what other interesting facts and figures are there about Anfield's updated structure? Read on for our numerical look at the redevelopment…

1.8million – the number of bricks and blocks used to expand the Main Stand.

6,000 – the number of light fittings inside the building.

5,200 - the number of cars you could park inside the Main Stand if all of the surfaces that needed painting were laid flat.

1,000 – new matchday roles created at Anfield as a result of the expansion.

760 - panes of glass have been fitted inside the stand. The largest section is 23 metres in height, which is taller than the Anfield Road end.

140 – the length of the new concourses in metres.

32 – electronic turnstiles have been installed in the stand.

30 - the height of the new club crests on the front of the building in feet.

12 – the number of hours it took to lift Anfield’s new truss into position.

6 – the number of miles of seating if every seat was placed side by side (further than the distance from Anfield to the city centre and back).

3 – Olympic swimming pools would be needed to hold the volume of concrete poured in the Main Stand.

Why not watch the Reds in style at Anfield this season? We have a range of fantastic hospitality packages available in the new Main Stand. Click here for more details.