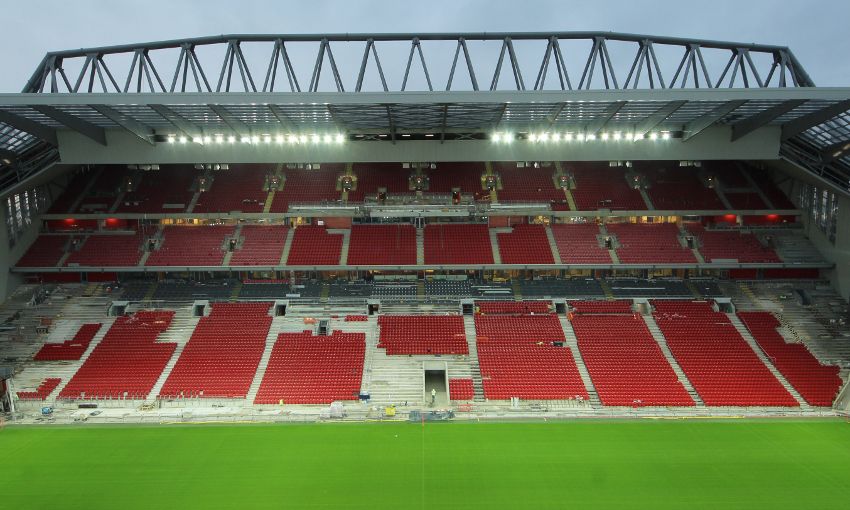 Preparations for the season are continuing at Anfield as the new matchday floodlights were officially tested for the first time ahead of the opening Premier League home game against champions Leicester City.

The main pitch floodlights consist of 198 2kw lamps fitted to each of the stadium’s four stands. The newly-installed technology is designed to provide enhanced lighting for later kick-offs, reducing glare.

Improved visibility will also benefit fans watching at home as it increases the quality of slow-motion viewing technology, used in matchday analysis. The system also enables Anfield to stay lit in the event of a pause in the electricity supply.

Floodlights are just some of the illuminations installed at Anfield during the summer. Another 6,000 light fittings supported by 500,000 metres of cable (more than 300 miles) have been installed inside the Main Stand ahead of next month’s opening.

Fans will be able to see the lighting in use at Liverpool’s first home match of the season on Saturday September 10.

For all of the latest news on the Main Stand redevelopment, click here.