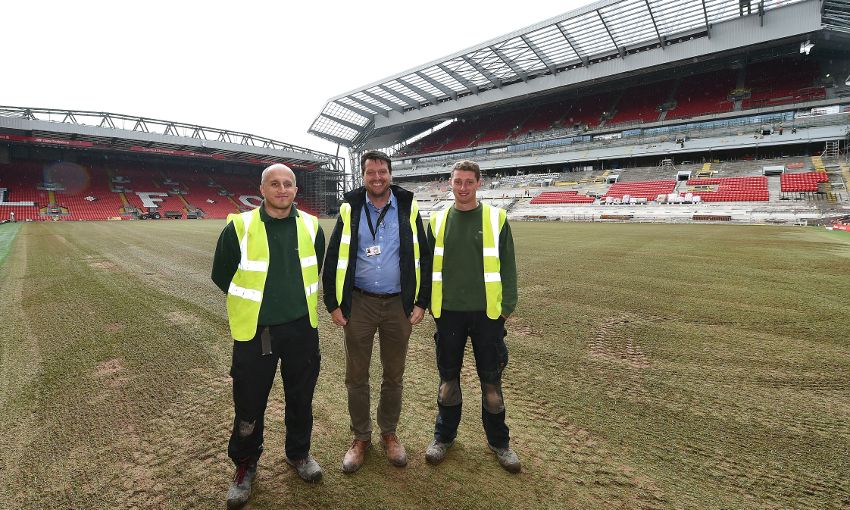 LFC begin search for the Taste of Anfield

New season preparations are continuing at Anfield at pace - and the pitch has been officially handed back to the stadium's ground staff ahead of 2016-17.

Liverpool FC head groundsman David Roberts was given the playing surface on Friday by construction workers after the successful completion of demolition works.

It marked the exit of assembly vehicles from inside the stadium after the existing Main Stand was demolished and a new lower tier and seating installed.

The important task of reseeding the pitch started over the weekend and the surface will be ready for its first cut in the coming weeks.

The redeveloped stand will comprise of three tiers, with the recently installed lower tier seating more than 9,000 fans on a matchday.

Click here for more news on the Main Stand redevelopment.