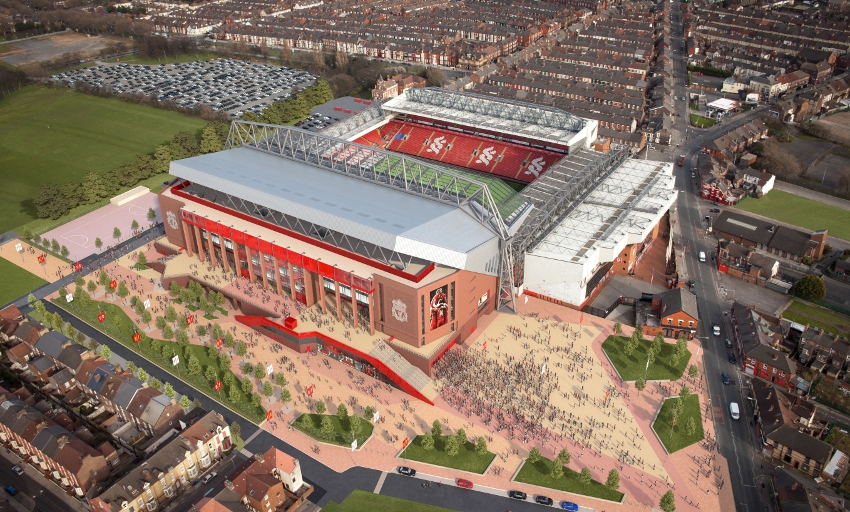 Liverpool FC has today submitted a planning application which provides further details on the plans for a new fan zone at Anfield when the Main Stand opens next season.

The application applies for consent to create a dedicated facility within the stadium’s new public realm, where fans can gather together and enjoy the special atmosphere before the game.

Central to the plans is the careful positioning of the fan zone in a contained area, set back from the existing high street. The new outdoor space will be open to all supporters on a matchday – located adjacent to a section of the site earmarked for the proposed new club store.

Fans can also look forward to an improved pre-match offering when football returns next season, with temporary permission sought for proposals including:

Anfield’s new fan zone will operate on a matchday and will not serve alcohol.

The planning application is expected to be considered by the city’s planning committee later this year.